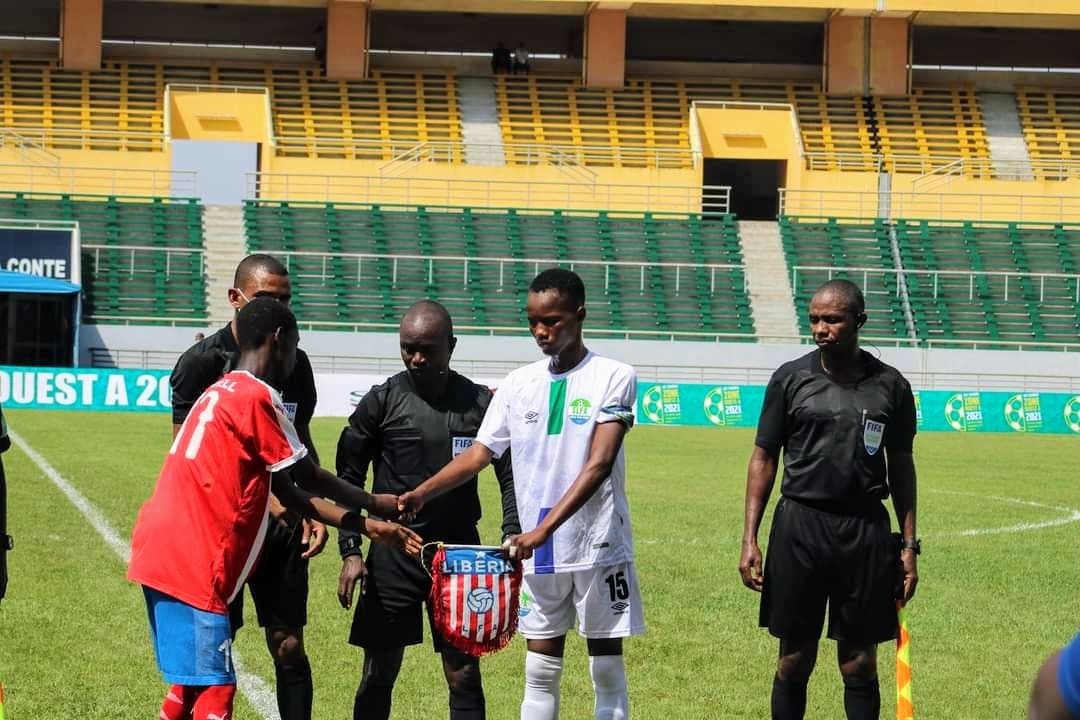 Sierra Leone have conceded 12 goals in two matches after another heavy defeat at the ongoing Wafu U15 championship at the Stade General Lansana Conte on 22 May in Guinea.

After Friday’s 7-0 demolition by Mali, this time it was the turn of next-door neighbours Liberia to inflict a resounding 5-1 bashing of Sierra Leone.

The skipper of the Sierra Leone side doing the traditional handshake without a pennant wrapped up the Freetonians tournament preparation.

The youngsters from Freetown will conclude the competition against host Guinea at 08:00GMT in Group ‘B’ on Sunday as they try out for a consolation win at the same venue.

Group B winner will play the winner from Group ‘A’ involving Cape Verde, Gambia, hosts Guinea Bissau, Mauritania and Senegal in Bissau from 28-30 May.