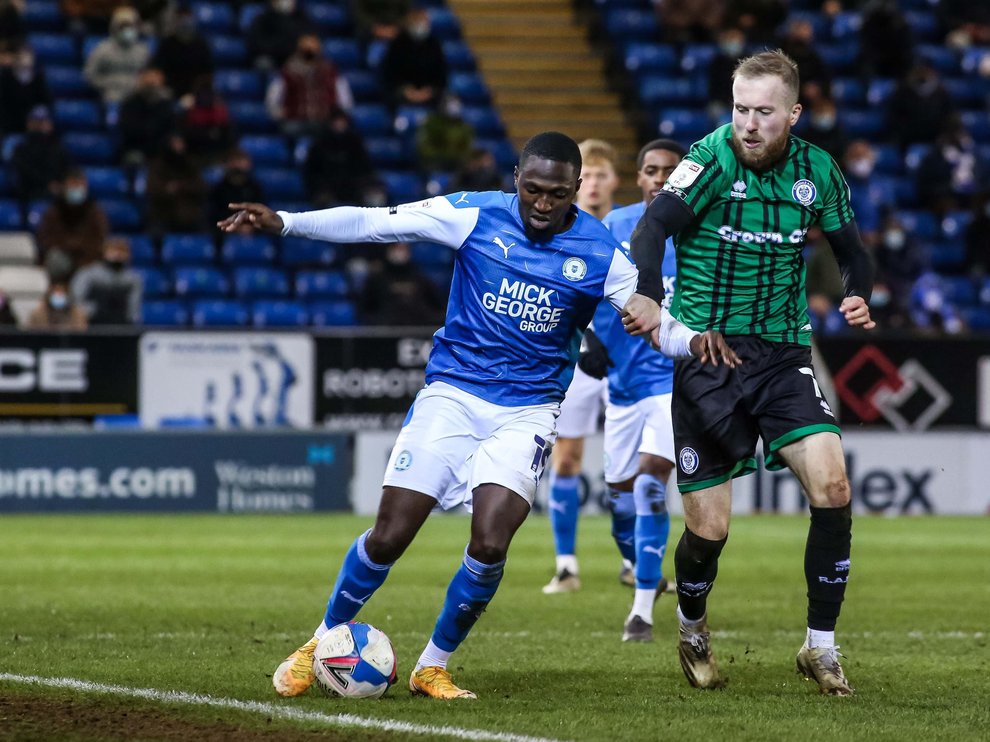 The Posh promoted back to the Championship, finishing runners-up after an eight-year stay in League One.
Kanu, who can also play at wing-back, has been tremendous with the newly promoted Championship side.
Kanu, 21, joined the Posh in 2017. Over this time, he has had two loan spells at Port Vale and Boreham Wood.
“I signed a new deal last year until summer 2023. I am excited ahead of the new Championship season,” Kanu told FSL UK.
“With the promotion and the way the club is going, Peterborough is the right place for Championship football.”
“We should have been promoted, but due to Covid and point per the game scheme, we missed out of the playoff last season. So, we came into this campaign with fire in our bellies to get the job done.”
He made his English Football League debut for the club on 5 August 2017, coming on as a second-half substitute for Junior Morias in a 2–1 win over Plymouth Argyle at London Road.
Kanu scored his first goal for the “Posh” in a 2–0 win over Northampton Town in an EFL Trophy tie on 3 September 2019.
Connect with Us @football_sierra, on Facebook/ Instagram Football Sierra Leone, the writer @bittar32 Contact bittar@footballsierraleone.net.