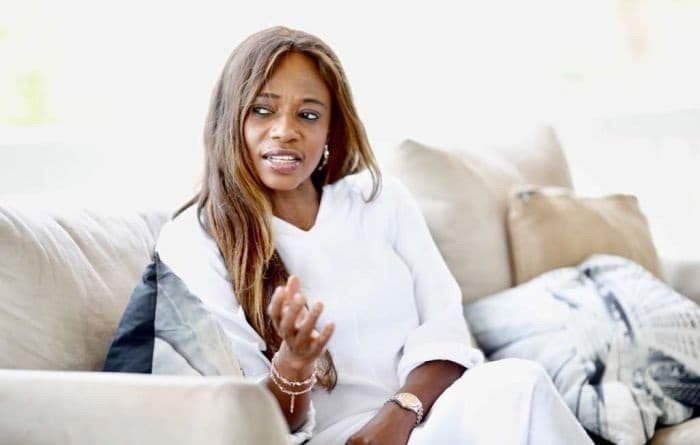 Incumbent Isha Johansen has dropped out of the Sierra Leone Football Association presidential race to more focus on her FIFA role, she wrote.

As a recently elected Fifa Council Member, I will be required to play a higher level and more active role as a Global Ambassador for Football and Fifa,” she noted in her statement.

“My new role will require extensive global travelling and consequently increased demands on my time. After much deliberation and soul searching, it’s with sadness that I have decided to announce the withdrawal of my candidacy for president in the upcoming SLFA elections.

I hereby offer the new SLFA executive and staff my best wishes for the future and assure my full support from within FIFA.

“I want to thank all of my supporters and well-wishers from across the country for their unwavering loyalty, integrity and for the years of dedication to our cause and vision in changing our narrative and raising the game of football in Sierra Leone. I remain your friend, mother, and sister in football.”

She pledged her continuous support for Sierra Leone’s football development through her new role at FIFA.

“Whilst I pride myself in the belief that I have played a significant role in restoring integrity, compliance and good governance in our nation’s football, my fervent prayer is that we do not lose what we fought so hard to build,” she continued.

“As long as we continue to respect the rules of compliance and good governance, I pledge to expend every effort to ensure the delivery of football development programmes and infrastructure in the deserved benefit of our children and our nation.”

Under her reign, accusations of corruption, controversy, infighting and power struggle all emerged.

Sierra Leone match-fixing allegation in 2014 brought so much divides in the football fraternity as many believed she deliberately destroyed all her direct rivals.

Prominent football philanthropist and seasoned administrator Rodney Michael were among those recently ‘CLEARED’ of the said match-fixing following a lengthy investigation.

The case was focused on the match-fixing allegation in 2014 when eleven officials and four players were suspended by Sierra Leone’s FA and Sports Ministry pending investigation.

Most notable, the match-fixing inquiry includes a World Cup qualifier between Sierra Leone and South Africa that ended goalless in Atteridgeville, South Africa, in June 2008.

Court Case against her

Johansen and Kamara were acquitted because of a lack of evidence.

FIFA cited government interference that led to Sierra Leone suspension from international soccer in October 2018, and the country was disqualified from the qualifying competition for the African Cup.