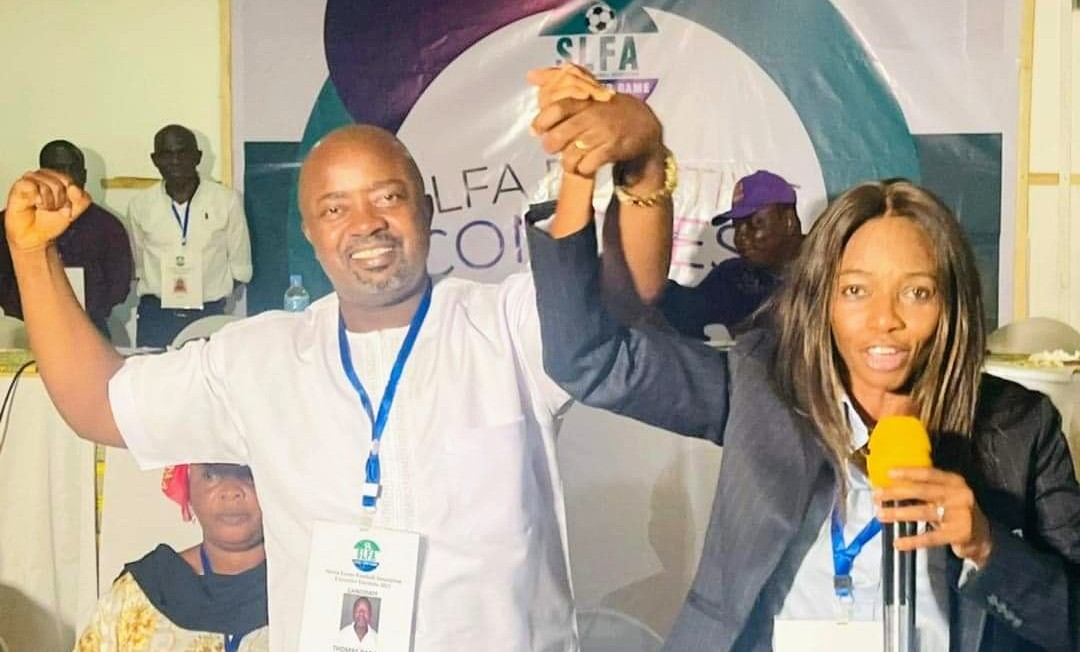 The newly elected President of the Sierra Leone Football Association, Thomas Daddy Brima, must rally every meaningful Sierra Leonean to join hands with him and his team to change the present narratives of the country’s football.

Brima, who was elected on Saturday at the Wusum hotel in Makeni, will serve a four-year term. He is a renowned businessman and Chairman of Western Area-based second division club Lumley Striker and has been in football management for a little over a decade.

He won 31 votes to overcome his rival Saddick Deen-Nyarkoh, who achieved 26 ballots. He will replace the outgoing Fifa Council member Isha Johansen, who has been in power since elected unopposed in August 2013.

FIFA Observer Solomon Mudege, who was in attendance, commended delegates for their high level of civility, peace and transparency displayed throughout the process. He assured of FIFA’s continued support to help develop Sierra Leone’s football infrastructure.

“Healing all wounds and planning to develop the present poor state of the country’s football must be top of the agenda for the new SLFA executive,” Samuel Deen expressed deep concern.