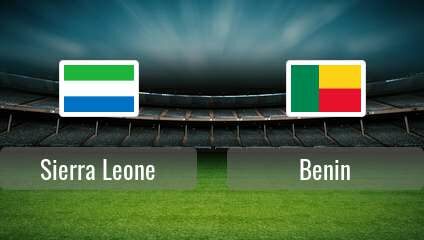 The SLFA made their request through the Confederation of African Football. However, the GFF in a communique has confirmed that the match will be played with no spectators.

As a result, the final 2021 Africa Cup of Nations qualifying match will be played in an empty Général Lansana Conté de Nongo on Monday, 14 June, in Guinea.

Meanwhile, The Match Commissioner is a Ghanaian Munkaila Nassam Adam.

Apart from Mohamed Bangoura, all of the other officials were in Sierra Leone on March 30 during the first covid-19 disagreement that led to rearrangement.

Coach Keister with a huge task to break the Sierra Leone African Cup of Nation jinx. The Leone Stars last out in the continental showpiece was back in 1996 in South Africa when they beat Burkina Faso 2-1 Free State Stadium, Bloemfontein.

Monday’s crunchy decider will the fourth meeting between the two nations in fifteen years.

Sierra Leone or Benin will complete the 24 nations Afcon set for Cameroon 2022.