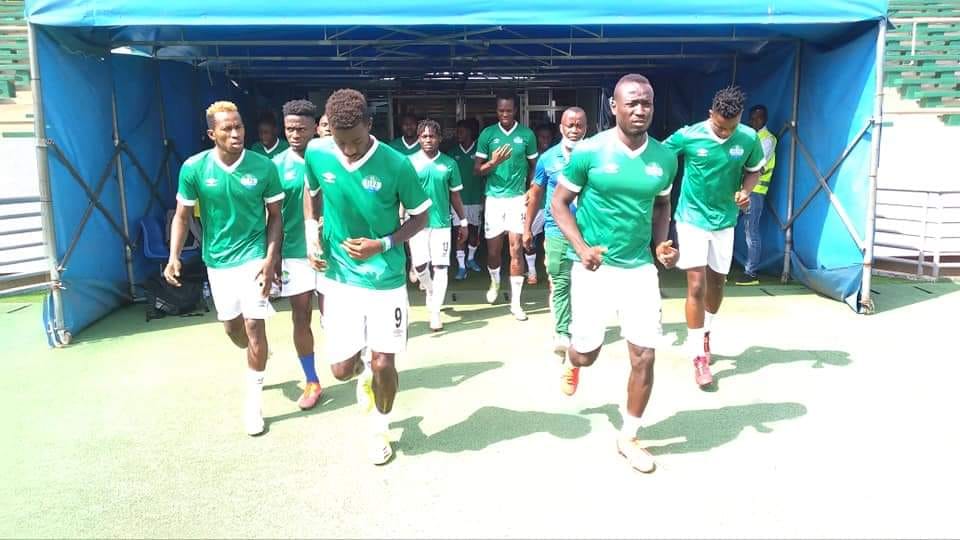 Reports reaching this medium have confirmed Sierra Leone officials are contesting the result of six players who allegedly tested positive for Covid 19 in Guinea.

The news was received when the Sierra Leone team doing a pre-match warm-up at the Général Lansana Conté de Nongo on Monday, 14 June, in Guinea.

Peterborough striker Idris Kanu are among the names alleged to be infected. The 21-year old was expected to make his debut after he was named on the bench. The others are goalkeepers Ibrahim Sesay and Francis Koroma, Augustus Kargbo, Alusine Koroma and Kassim Sima Turay.

As a result, there is a delay due to this new predicament surround the game. The match officials are waiting on the decision from the Confederation of African football.

The match in Guinea was to settle a place at the 24-team Cup of Nations finals in Cameroon next January Benin needing a draw, but their hosts had to win.

It could be recalled, Benin refused to play in Freetown, March 30, claiming to receive their result late before kick-off.

On that occasion, Benin refused to honour the fixture as they accused Sierra Leone of the bad timing of their results. They claimed the timing breach CAf Covid-19 protocols.