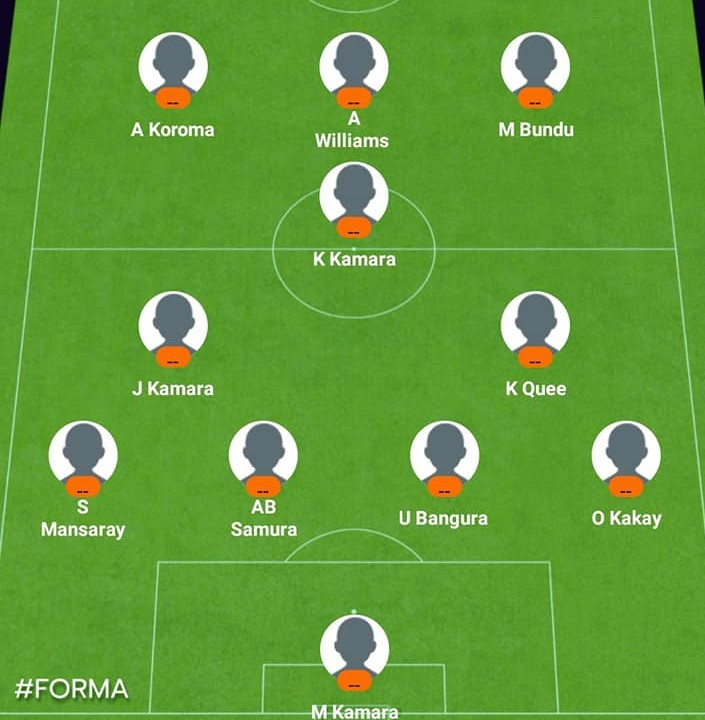 Coach John Keister, who is still searching for his first win in the race to Cameroon 2022, is optimistic.

Heavy-weight Kei Kamara will play as part of the top four, at the same, looking to support the midfield. Anderlecht winger Mustapha Bundu, who socred against Nigeria, will start this after.

In midfield, with the absence of experienced midfielder Mohamed Medo Kamara, John Kamara, who played in the 4-4 draw in Nigeria named in the first team alongside Icelandic-based midfielder Kwame Quee.

Queens Park Rangers Osman Kakay started on the right while English-born duo Sullay Kaikai and Peterborough striker Idris Kanu named on the bench. Both could play some part if selected later on.