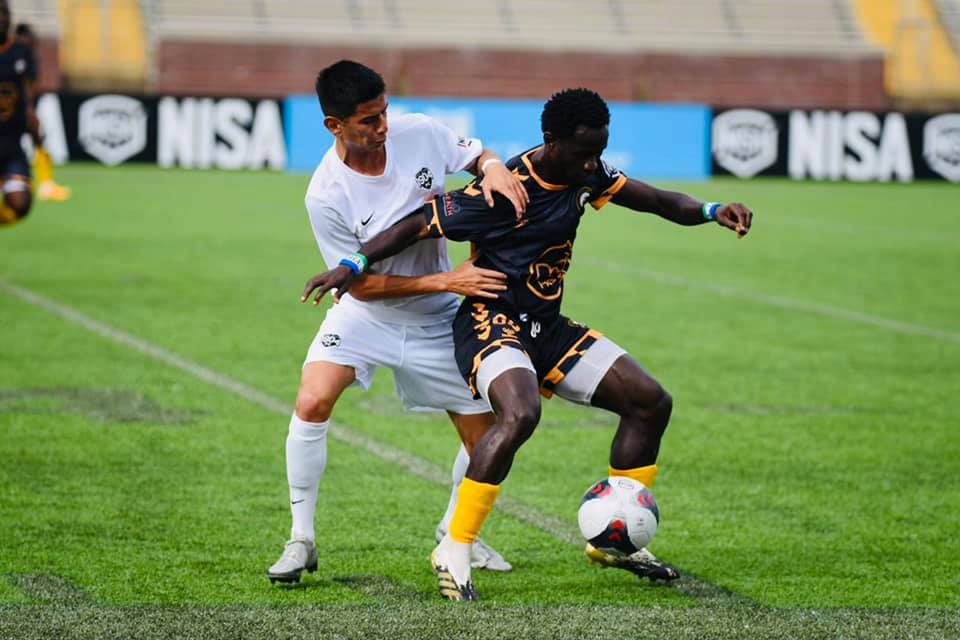 Given his form has been so impressive since joining the National Independent Soccer Association in January 2021.

Sesay has taken his tally to four goals from their last six games in this campaign.

He is the second top scorer in the ongoing National Independent Soccer Association season. The NISA is the third tier of American soccer.

“I am delighted with the way the season has gone so far since joining the club in January 2021,” Sesay to FSL News.

“Together as a team, we have been putting tremendous effort into how we approach match by match. Personally, I have scored four goals in our last six games. A stats I am looking to improve in the ongoing season. I am happy to be here at Maryland Bodcast. I played with keeper Christian Caulker, who has helped me with all the tips moving forward.”

Their weekend triumph on the road in Michigan extended their unbeaten streak to 4 games. After a solid performance. They will be hoping to continue the streak heading into our final Spring Season (and home!) game this Saturday against San Diego 1904 FC.

That guy at #2 looks familiar 👀 https://t.co/oukXsxsh2t