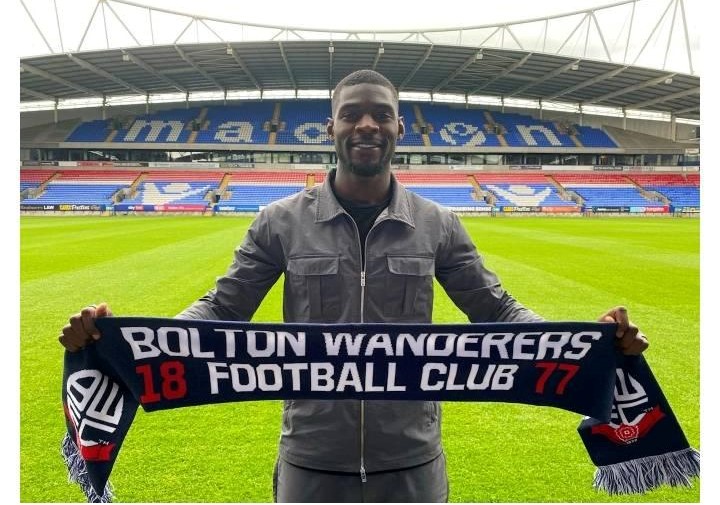 Bakayoko, 25, departed Coventry City in May 2021 after it was announced that he would leave Coventry at the end of the season, following the expiry of his contract.

The 6ft 2in tall striker had loan spells with Southport, AFC Telford United and Worcester City before joining Coventry City for an undisclosed fee in 2018.

“It’s a good feeling to be at this club. I’m happy to have signed,” he told the club’s website upon his arrival.

Speaking to the gaffer, he told me about the ambition of the club. Where they want to be. ‘This is something that I want to be a part of.’
“I am now looking to push on with this amazing club.”
Born in Sierra Leone, Bakayoko moved to the Netherlands as a youngster, where he began his football career.
He will be the second player with a Sierra Leonean background to play for the club after Mohamed Medo Kamara.

On 31 January 2013, Kamara signed for English Championship club Bolton Wanderers on a three-and-a-half-year contract. He played over fifty games with The Wanderers.

✍️🏻 We are delighted to announce the signing of former @Coventry_City forward Amadou Bakayoko on a two-year deal.#BWFC 🐘🏰