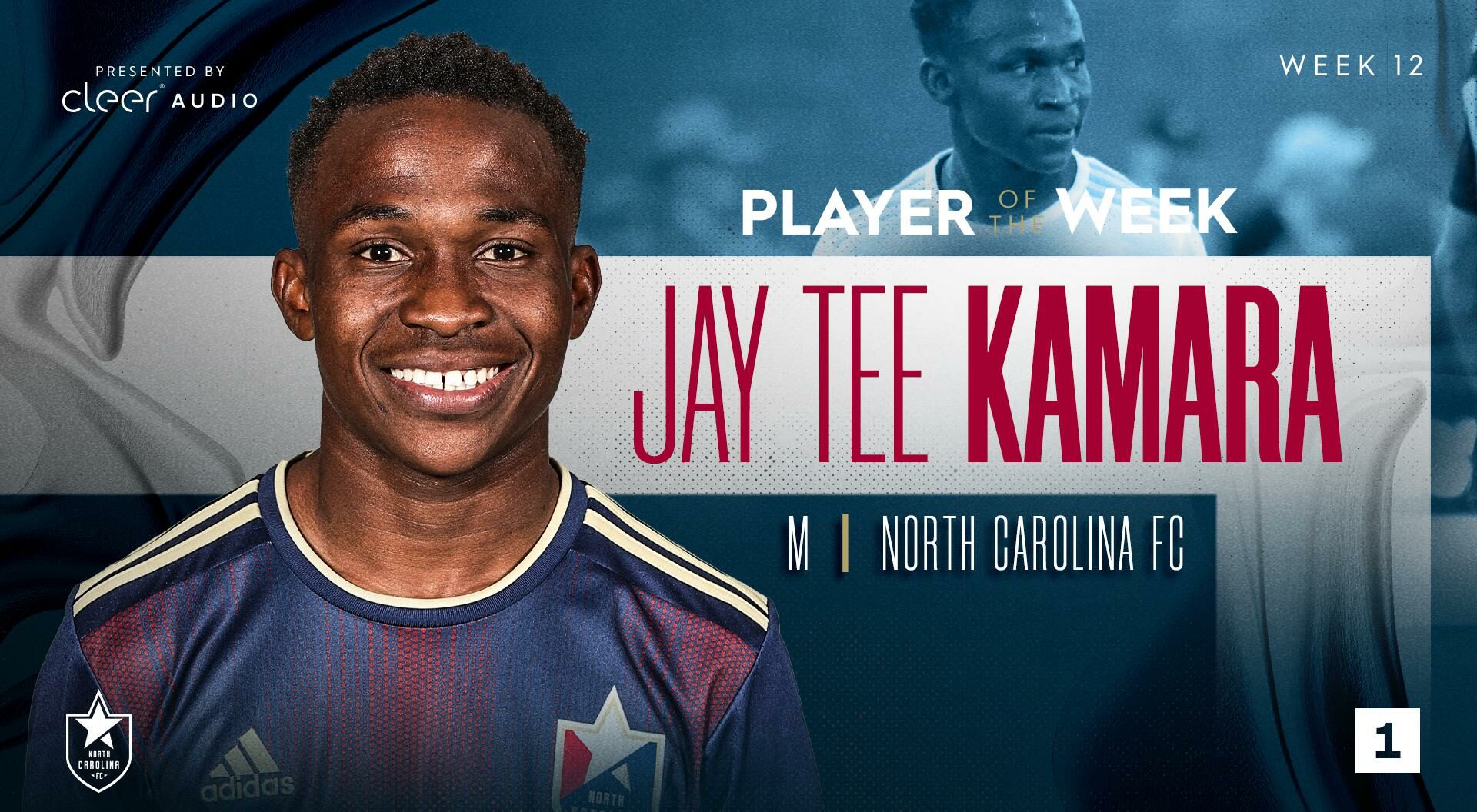 John Thomas Kamara, aka Jay Tee, has been voted as the USL League One Player of the Week after recording a goal with an assist in the North Carolina 2-1 comeback win against Richmond Kickers on Friday.

The 19-year-old attacker was the key to NCFC’s comeback win, recording a goal and an assist in the second half as the Cary club picked up a meaningful victory.

Kamara was a pivotal player as North Carolina overcame a second-half deficit to earn its first League One win on Friday night at WakeMed Soccer Park, defeating the Richmond Kickers 2-1.

Kamara signed his first professional deal with the USL Championship side, Louisville City.

The midfielder is playing on loan from Louisville City, also named in the USL League One team of the week.