FC Kallon striker Baimba Sesay off to Israel on trials 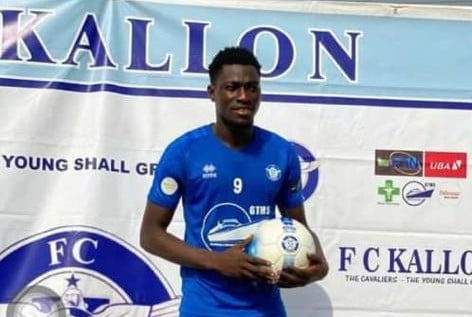 The former East End Tigers attacker scored 12 goals during the 2019 Sierra Leone premier league with the SubMarines before joining the Cavaliers.

Sesay, 22, will be hoping he can impress the Hapoel technical team for a chance to get his first professional contract outside Sierra Leone.

After the resurrection of the Sierra Leone premier season in 2019, Sesay was one of the strikers, regularly in the spotlight after his 12 goals tally.

FC Kallon General Manager and acting Chairman Tunde Scott confirmed that the striker has a month to prove himself. “Our top striker, Baimba Sesay, has travelled today to join Hapoel Tel Aviv in Isreal on a month trial.

“Baimba is a talented striker. It’s a great time to take advantage of this opportunity handed to him.”