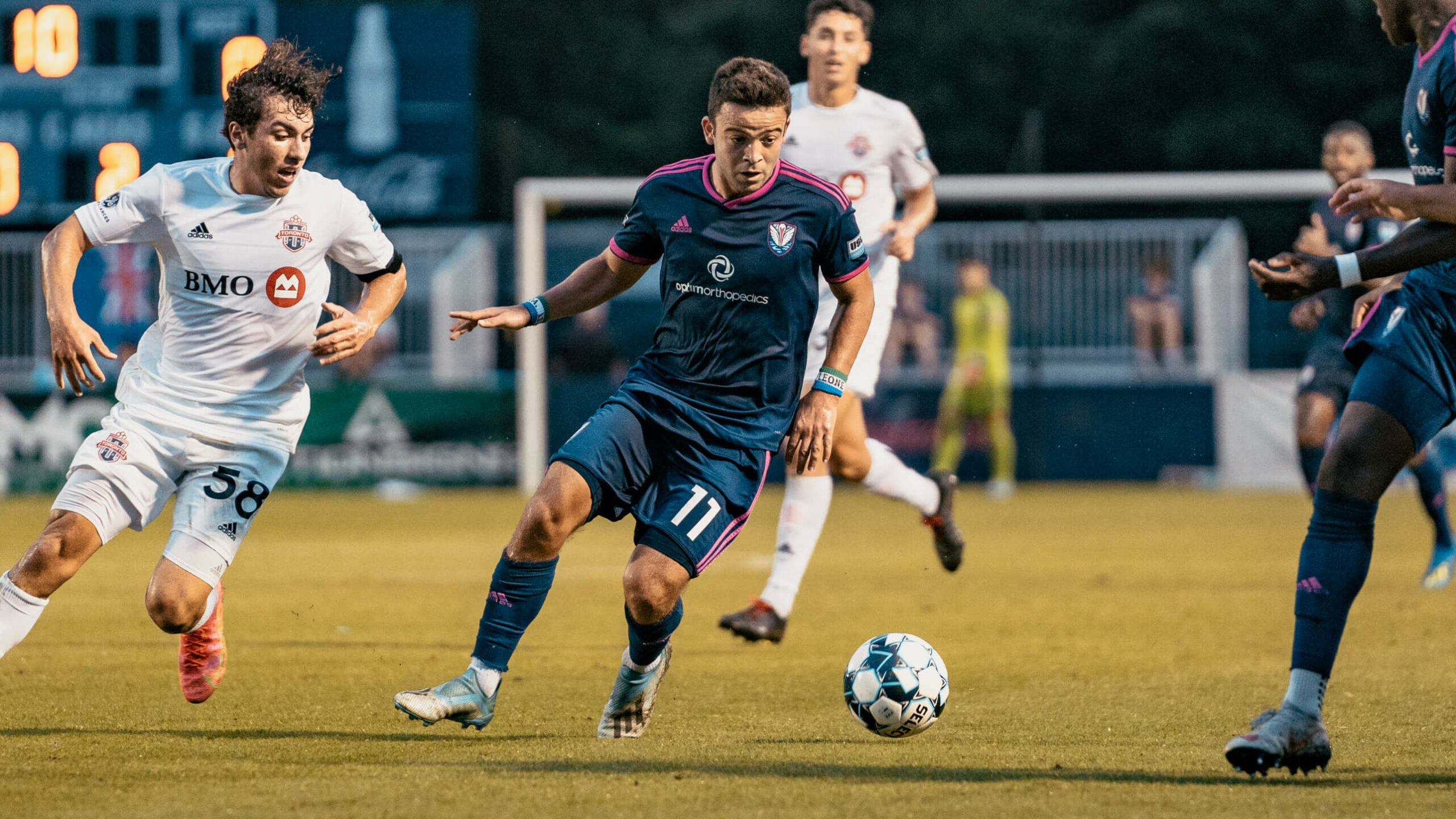 The visitors scored in the 45th and 55th minute before Rodney’s pull one back for the host team in the USL League One contest.

Toronto II opened the scoring from the penalty spot in the final minute of the first half. Noble Okello converted the spot-kick to give the Young Reds the lead heading into the break.

Antonio Carlini doubles their lead before Michael’s 76th-minute header gave his side a lifeline, but Toronto held on to win on the road.

Despite the defeat, Michael was named the Galactic Man of the Match after another excellent performance.

MAN OF THE MATCH:

Tonight’s Man of the Match, presented by Galactic Comics and Games, is Rodney Michael, who impressed the coaching staff tonight for his debut start.

The Sierra Leone talent recorded two shots on goal and used his head to put Tormenta FC on the board in the 76th off a cross from Mayr-Fälten.