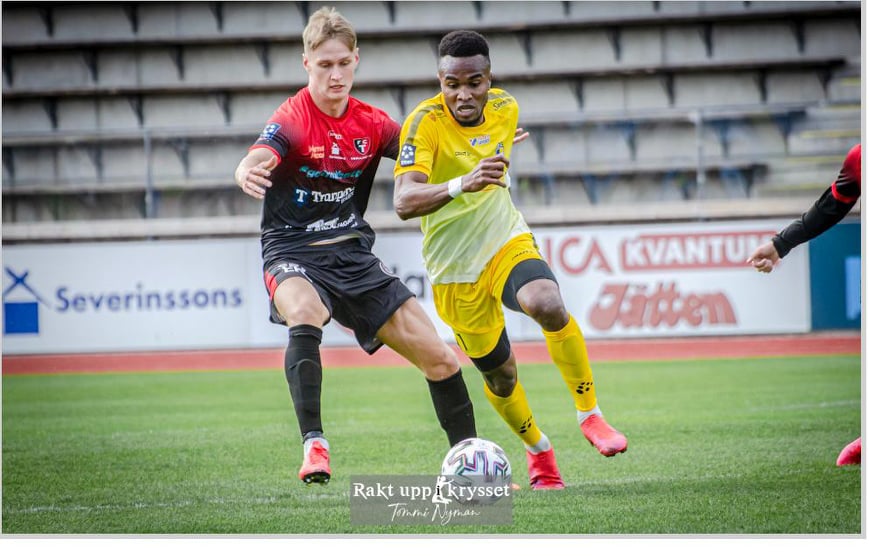 Håkan Söderberg Sports Manager has handed Moses a chance to impress at the club.
“I am delighted to have signed for Varnamo. I will be working hard to do my best for the club in the new season,” Moses to FSL news.
Th striker also confirmed he will be playing his last game for Linköping this weekend before officially joining his new teammates.

“Christian Moses, our new acquisition on the forward side, was born in 1993 and most recently came from Linköping Division 1 Södra. Before that, he played in the highest league in Denmark. Moses is originally from Sierra Leone and is part of their national team,” the club announced on the official website.

“We have had our eyes on Moses since we met Linköping last year when he made a strong impression on all of us. Despite the fact that Linköping has had a tough season so far, Moses is in the top tier in the shooting league!”

“IFK Värnamo has during the season had bad luck on the forward side with both Crespo and Suffian who have been pulled with injury problems so it feels good to be able to present a good name in a good time before the window closes. It has been a tug of war between several clubs and we are very happy and satisfied that Moses chose to play for us.”

He made his debut for Sierra Leone on 6 September 2015 in a 0–0 draw with Ivory Coast and was in the Leone Star side in the 0-0 draw with Lesotho during the just concluded African Cup of Nations qualifier in the race to Cameroon.