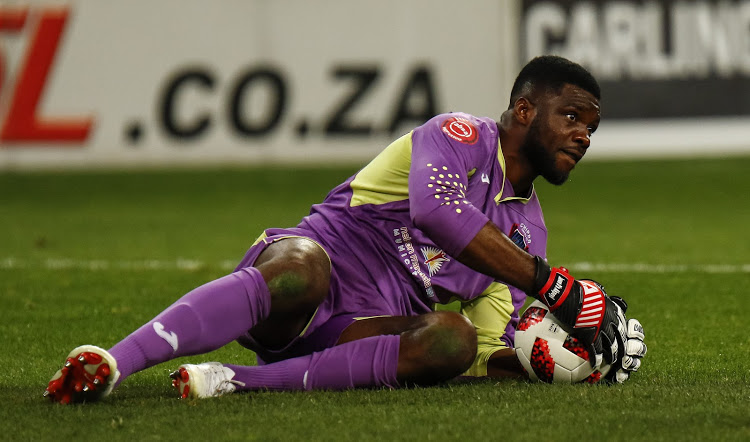 Nigerian goalkeeper Daniel Akpeyi has expressed his commitment to go a step forward in winning CAF Champions League final with Kaizer Chiefs.
The South African giant will face defending champions Al Ahly of Egypt at Stade Mohammed V in Morocco on July 17.
Daniel Akpeyi, 34, is expected to be in goal for Kaiser Chiefs in the hunt to help his side lift the continental title.
Chiefs qualified for their first-ever TotalEnergies CAF Champions League final with a 1-0 aggregate victory over the Moroccan side Wydad Club Athletic.

Akpeyi, the 18-time capped Super Eagles goalkeeper, was a member of the Heartland FC, a Nigerian side that played and lost to Congolese club TP Mazembe in the 2009 two-legged final.

Now 12 years later, Akpeyi again has a rare chance to play in a final. He also points out that Chiefs have waited over half a century for this to happen.

“Looking back in history, one can see that it has taken Chiefs more than half a century to reach a Champions League final,” told IOL Sports.

“The achievement of playing in a CAF Champions League final has brought the smiles back to supporters who have been patient all these years.

“I have always looked forward to playing the final again.

“I have tried with different teams which were eliminated in the early stages. Now, with hard work and determination, we are in the final again. I am grateful for this moment.”

Akpeyi was for some time Chiefs’ second choice goalmouth custodian behind Itumeleng Khune, but once he forced his way into the starting line-up, he delivered several first-class performances.

In all six Champions League matches he played this season, he came away with clean sheets. He has now gone a total of 491 minutes without conceding a goal in the CAF blue-ribband club competition.

“Being in the CAF Champions League final, and even winning it, is my biggest dream. The Champions League is the biggest in Africa, and every player wants to be there. I cannot explain the feeling.