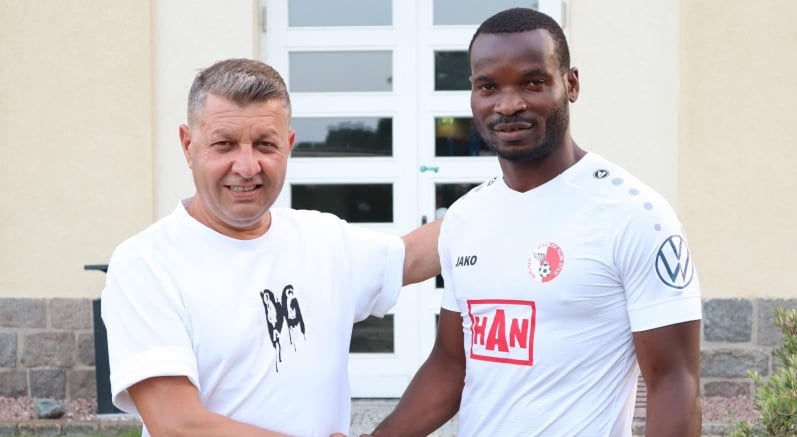 Last season due to cruciate ligament damage during a training session in August 2020, Kargbo only played twice for Kickers Offenbach with a goal to his account.

In his first spell with Berliner, the striker was used 57 times and scored 30 goals in addition to nine assists.

Berliner AK 07 president Mehmet Ali Han on Abu Bakarr Kargbo’s return: ′′ He was never actually gone. I’m pleased that Abu decided to rejoin the Berlin AK despite many offers. With his social commitment, we are the ideal address for him. Abu Bakarr is playing a critical role in our plans for the big goal.”

Kargbo is hoping for a first-team action when they kick off their new campaign against FC Carl Zeiss Jena on July 24.

He was part of the International Friendly with Sierra Leone on 17 March 2018 in th 4-0 defeat to Iran.