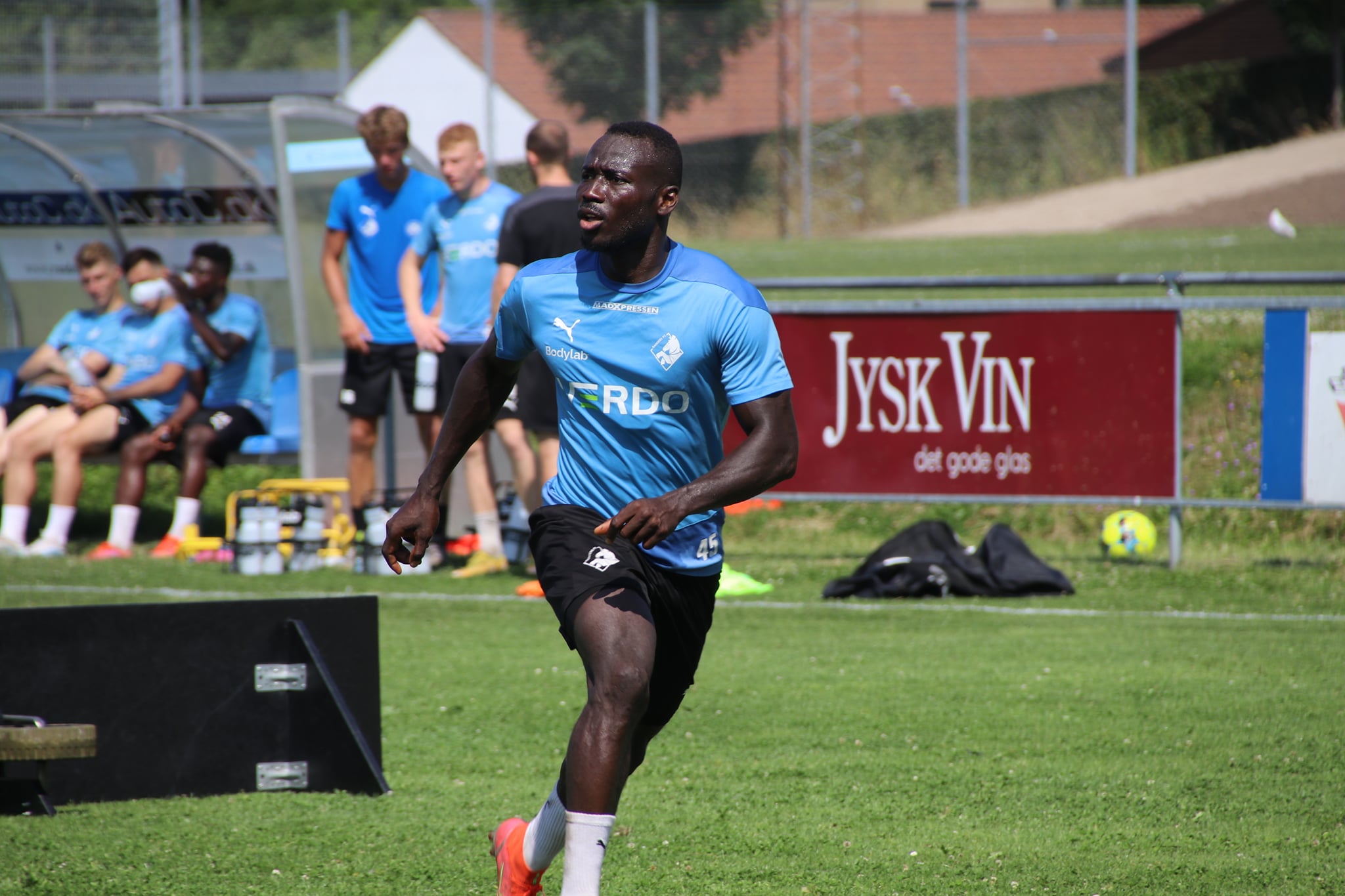 Alhaji Kamara scored with a tap in assisted by Tosin Kehinde as Randers defeat Vejle Boldklub 2-0 on Sunday.

Marvin Egbo opens the scoring in the 26th-minute before Kamara’s double their lead in the 32nd minute.

Before the new campaign, he said, “As a striker, I always want to score goals, and I look forward to kickstarting the season with a goal in the first match and a victory.

Their next outing is against Odense BK on the 25th of July, and Kamara will be hoping to continue scoring for Randers.