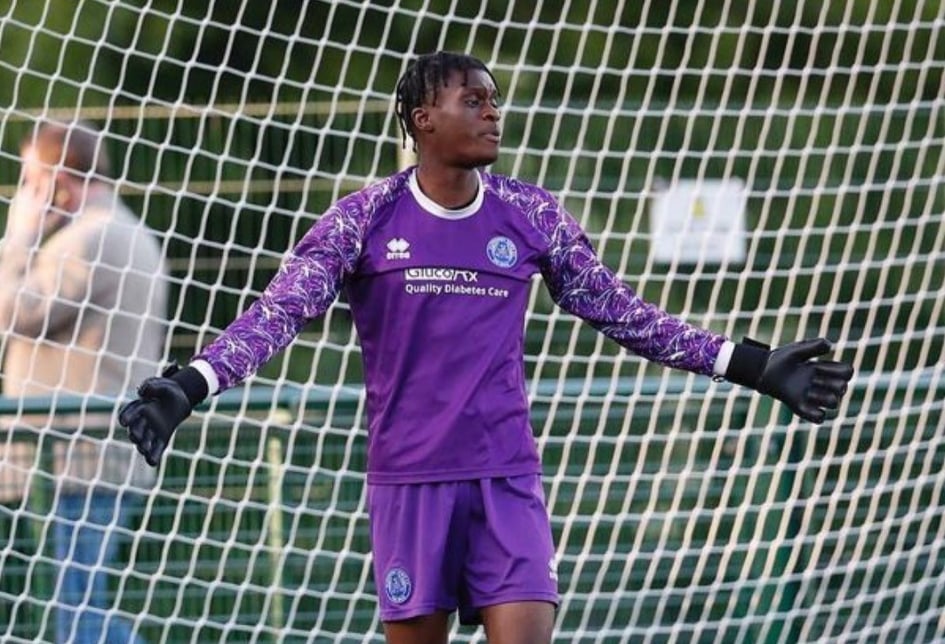 “During Nicky Barnes camp in Potters Bar in 2016, both coaches helped me massively. They were a big part of my development as a player and as a person,” Lisk explained.

After the camp, Nicky Barnes and Gary Pitt sent him to the QPR development centre at age 14, where he met Keith Prince, the head of development and Gary Karsa during his time at QPR.

“After signing my first academy contract during 2017/2018, I was at Queens Park Rangers for two years. During this time, I played against teams likes Chelsea, Arsenal, Tottenham, Crystal Palace, Watford etc.”

At the start of the 2019/2020 season, he joined Aldershot Town from QPR. Following his impressive performances, he was able to make his debut U23 debut at 16 years.

Furthermore, he started training with the first team and solidified himself with the U23 first team.

“The same season, I finished with the most clean-sheet at age 17.

Lisk, 18, presently training with the Aldershot first team as the first choice U23 keeper.

“My aim this season is to break into the first team and make my debut. Signing my first professional contract will means everything to me.”

Aldershot Town says they have aimed to provide a platform for individuals to become employable, well rounded, and eventually progressing into the first-team squad.