Mustapha Bundu named on the bench for Anderlecht tie in Albania 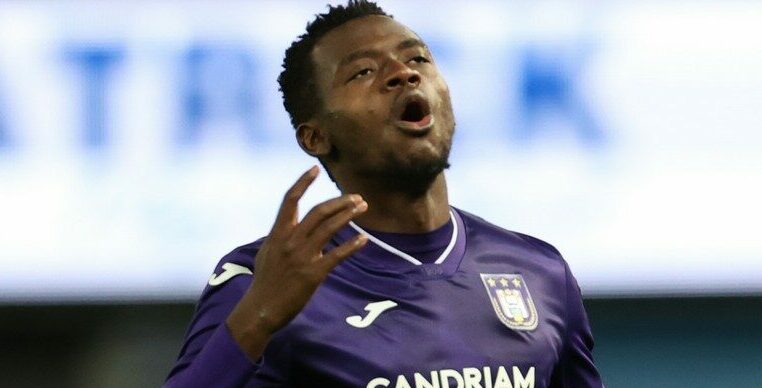 Mustapha Bundu has been named on the bench for Anderlecht Thursday’s inaugural Europa Conference League play-offs against Albanian club Laçi at the Elbasan Arena.

The UEFA Europa Conference League play-off round draw was conducted at the House of European Football in Nyon, Switzerland, on Monday, 2nd August.

Bundu, 24, played in the last 15 minutes of their home-opening pro-league 3-1 defeat to Union Saint-Gilloise on Sunday, July 25, July 15, but was left out of their next 1-1 draw with KAS Eupen the following Saturday.

The Sierra Leone international will be hoping he can play some part to impress the Belgian top-tier side technical and has not been a regular since his move from AGF on 7 August 2020.

The Belgian Jupiler pro side must overcome their Albanian counterparts in the doubleheader. The first leg is slated for 5th August in Albanian before the second leg on the 12th in Brussels.

A win for Anderlecht will set up a potential meeting with Dutch outfit Vitesse or Dundalk FC in the last preliminary round.

The first leg of the final preliminary round will then be played on August 19 in Brussels, and the return leg away on August 26.