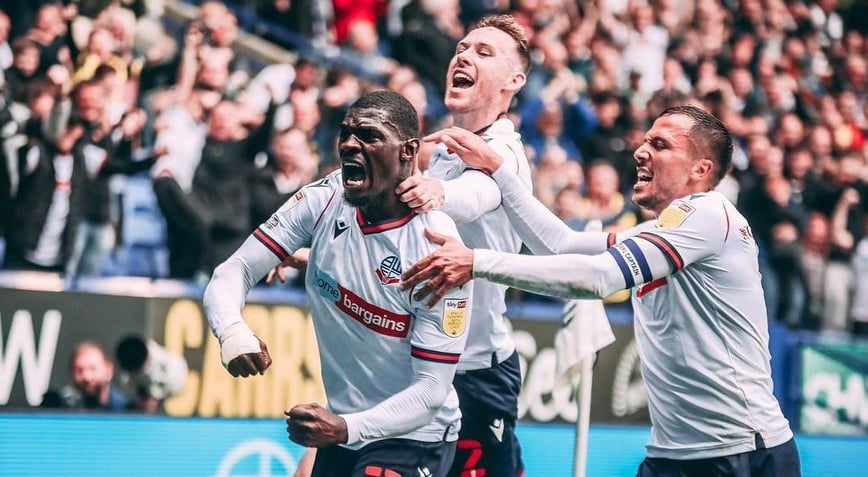 Striker Amadou Bakayoko scored his first for his new club to open his Sky bet League One season account in the 67th minutes assisted by Declan John. However, it was Alex Baptise last-gasp equaliser for Wanderers that served the home side.

A thrilling 3-3 draw against MK Dons in their first game of the new season.

Mo Eisa had put the visitors ahead in the 22nd-minute with his first goal for his new club. The former Peterborough striker also set up a great chance for Troy Parrott, who almost doubled their lead.

Midfielder Josh Sheehan and new signing Bakoyoko scored in the 30th and 67th minute respectively to give the home side lead before MK Dons leveller from Scott Twine. A brilliant 71st-minute free-kick to make it 2-2.

After Boateng put the visitors ahead, it looks as if they will be taking home all three points, but Baptiste came to Bolton’s rescue with his first goal since January 2014.

The 25-year-old started his career at Walsall’s academy to make their first team before spells with AFC Telford United, Southport and Worcester City.