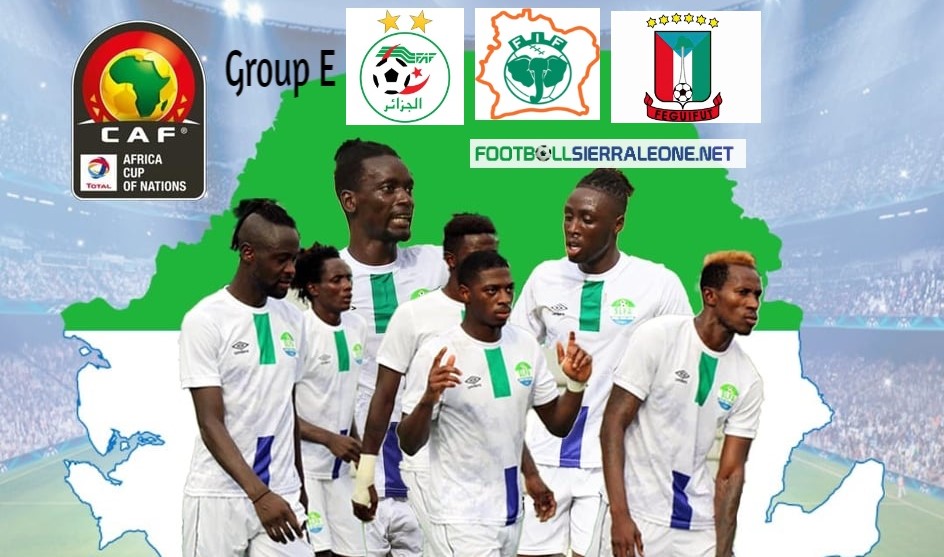 Sierra Leone will have a lot to chew after the Afcon 2021 draw pits the Leone stars against two former champions and a host.

Making its third appearance, Sierra Leone will open its first campaign in 26 years against titleholders Algeria on January 11 at the Japoma Stadium in Douala.

Five days later, Sierra Leone takes on the elephant of the Ivory Coast at the same venue. The Leone Stars will be up against Equatorial Guinea in their final game at the Omnisport Stadium in Limbe.

The West African nation will go up against Algeria, Ivory Coast and Equatorial Guinea in Group E for two automatic places to the round of 16.

The draw was conducted at Yaounde Conference Centre on Tuesday. The 24 participating teams were divided into six groups of four teams each.

In Tunisia 1994, the elephant of Ivory Coast walloped Sierra Leone 4-0 on 27 March in Sousse whilst Algeria defeated Sierra Leone 2-0 in 1996 Afcon at the Free State Stadium, Bloemfontein in South Africa.

This will be the first meeting between Equatorial Guinea and Sierra Leone in a continental showpiece. However, the two nations have played each other six times, with the West African Nations won 3-2 during a FIFA World Cup qualifier on 7 September 2013.

Although the tournament is delayed due to the COVID-19 pandemic, the 24 team Afcon 2021 competition gets underway in less than five months. The 33rd CAF African Cup of Nations (AFCON), taking place from the 9th January to the 6th February 2022 in Cameroon.