Kei Kamara: “Playing against the best makes you the best” 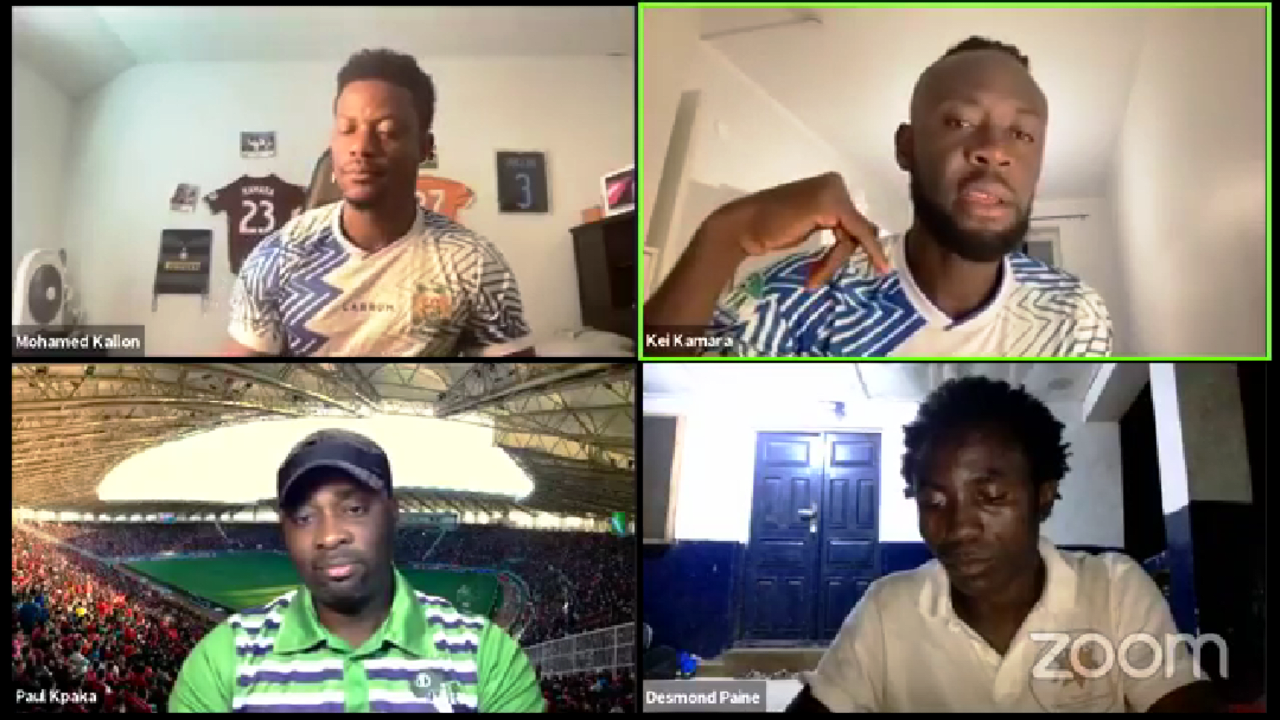 Sierra Leone forward Kei Ansu Kamara on Tuesday joined former Leone Stars captain Mohamed Kallon and others online to react after the tournament’s draw in Yaounde which revealed Sierra Leone in Group E along with Algeria, Equatorial Guinea and Côte d’Ivoire for the TotalEnergies Africa Cup of Nations, Cameroon 2021.

Kamara, who scored the only goal against Benin to qualify Sierra Leone as the 24 teams for the continent’s biggest showpiece on June 15 in Guinea, says he is excited about his country being among 23 other nations for the prestigious continental trophy which will as well earn him a maiden lifetime opportunity.

“Algeria’s presence has made our group tough because we’re together with some of the continent’s best and globally ranked nations but as always playing against the best makes you the best.

“I had wished not to be drawn in the same group with a side like Algeria who according to their last performance are theoretically the strongest in Group E but now that we’ll have to face them as one of our three opponents, I believe is as well a golden challenge where we can offer our best as a nation heading to Cameroon next year to compete and win and not merely going there to participate,” remarked an excited Kamara.

Sierra Leone’s Legend and former Leone Stars Captain Mohamed Kallon, who donned the tri-colours of Sierra Leone for over a decade and represented the nation in their last two AFCON appearances in 1994 and 1996 respectively are also optimistic Sierra Leone can progress to the round of 16 and beyond if they don’t sleep on their group opponents.

“These opponents, especially Algeria, are no strangers to us. We played against them 26 years ago, defeated them 1-0 and played to a barren draw in 1994 before losing to them 2-0 in 1996”, recalled Sierra Leone’s most popular former international.

Leone Stars will be looking forward to exceeding their last two performances at the Nations Cup in their third AFCON outing next year when they face Algeria, Côte d’Ivoire and Equatorial Guinea on January 11, 16 and 20 next year in Cameroon.