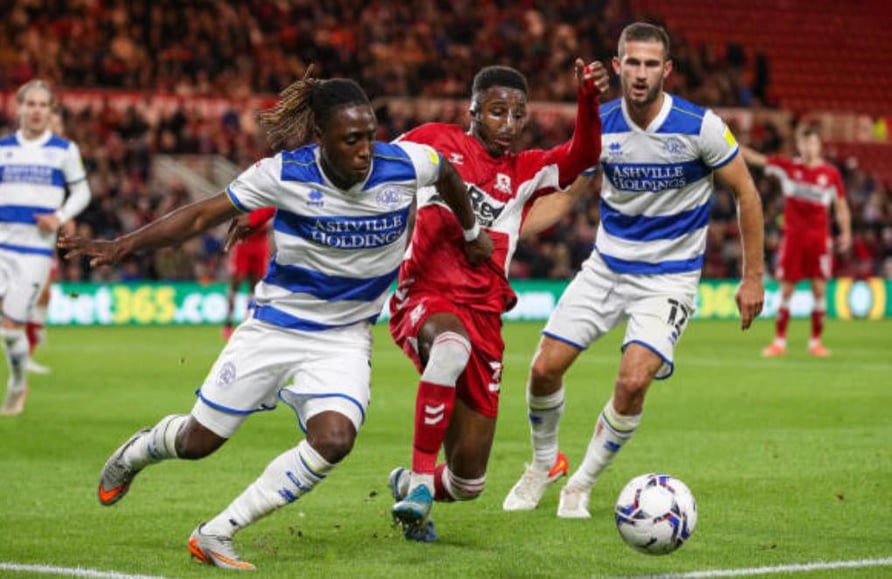 Sierra Leone defender Osman Kakay has praised his Queens Park Rangers side after their 3-2 win over Middlesborough on Wednesday.

Queens Park Rangers continued their unbeaten streak to the Championship season with a win over Middlesbrough after Chris Willock scored the winner on Wednesday at the Riverside Stadium despite falling behind and being reduced to 10 men.

As a result, the London club standing third on the English Championship table with seven points from their opening three games.

Rangers’ Moses Odubajo second yellow card in the 50th minute means the away team have to play the rest of the match with ten men.

The Sierra Leone right-back made his first Championship appearance this season following his introduction in the 58th minute, replacing Ilias Chair.

“It’s always good to be playing and win away from home tops it up,” he told FSL News.

“I feel this season, the team has a real togetherness and are all pushing towards a goal, so we work hard fr each other every game.”

“You have to win ugly sometimes and defend your goal with passion, and you saw that tonight,” QPR manager Mark Warburton told BBC Radio London.

Chris Willock of Queens Park Rangers left footed shot from the right side of the box to the bottom left corner assisted by Stefan Johansen was enough to seal the victory.