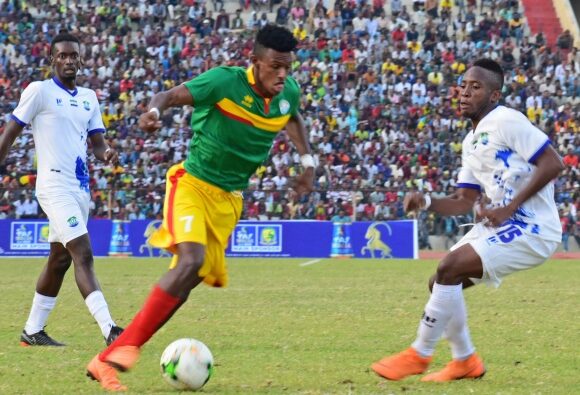 The Ethiopian Football Federation have confirmed playing Sierra Leone in a friendly match next week.

The test is part of their groundwork ahead of Ethiopia World Cup qualifications against Ghana and Zimbabwe next month.

Apart from Shimelis Bekele, who is based in Egypt playing for Misr Lel-Makkasa, the majority of their players, playing their local league.

Bahir Dar International Stadium is expected to host the friendly.

Bahir Dar is the capital city of the Amhara region in northern Ethiopia.

“It has been known that the Ethiopian national team (the Waliya) will have two friendly games before the upcoming World Cup. The first friendly match with Sierra Leone national team, the second against Uganda National,” the EFF has said ”

On 12th August, the SLFA announced that the Leone Stars to participate in the 2nd DR Congo International Football Tournament in Kinshasa from August 22-25 before a friendly date with Ethiopia on August 28 this year. However, it seems there are changes to this schedule.

The Walia Ibex are also in Group A against host Cameroon, Burkina-Faso and Cape Verde for the 2021 African Cup of Nations group stages.

Sierra Leone, on the other hand, gearing up for Ivory Coast, Algeria and Equatorial Guinea group matches in Douala Cameroon next year.