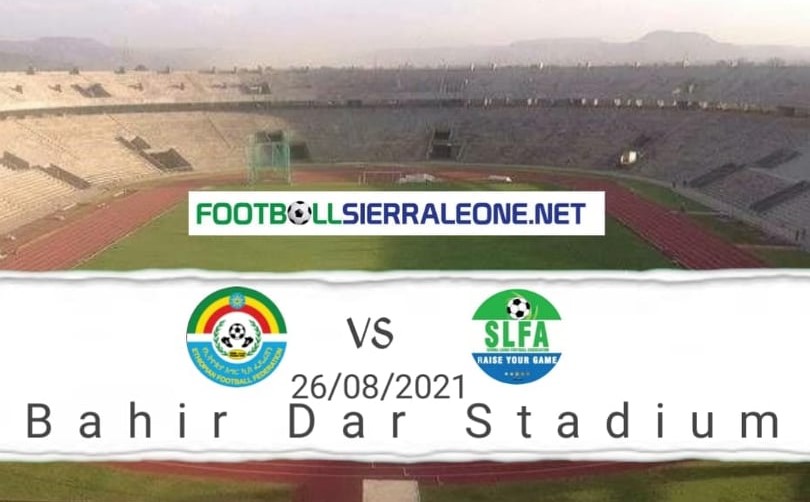 Sierra Leone will kick off their African Cup of Nations preparation with a friendly against the Walias of Ethiopia at the Bahir Dar International Stadium on Thursday. Kickoff 3 pm Ethiopian time.

The match in Ethiopia will serve as the first since Sierra Leone qualified for the continental showpiece after 25-years. A win for the West Africans will means two straight just under two months.

The Ethiopians are preparing for the World Cup qualifiers and African Cup of Nations while Sierra Leone is in Afcon Group E alongside defending champions Algeria, Ivory Coast and Equatorial Guinea.

Fofanah scored his first goal for Sierra Leone in a 1-0 win over Sudan in the June 2016 Africa Cup of Nations qualifier.

The Leone Stars first-ever meeting with the Ethiopians ended in a 1-0 defeat for the West African Nation in September 2019 at the Hawassa International Stadium.

Despite this contest is outside the Fifa window, the Walias of Ethiopia taking it seriously, considering they will face Ghana and Zimbabwe in next month’s World Cup second-round qualifiers.

Sierra Leone last win away against their present Cup of Nations in Cameroon Group E opponent, Equatorial Guinea 8th September 2002, in Malabo, during the 2004 Africa Cup of Nations Group 7 qualifiers.

Goals from Mamadou Bah in the 38-minute, Muwahid Sesay 46′ and Sidique Mansaray gave Leone Stars a 3-1 away victory.

Since then, the national team have not managed another away victory in 19 years.

A win for the Leone Stars will means two straight just under two months.