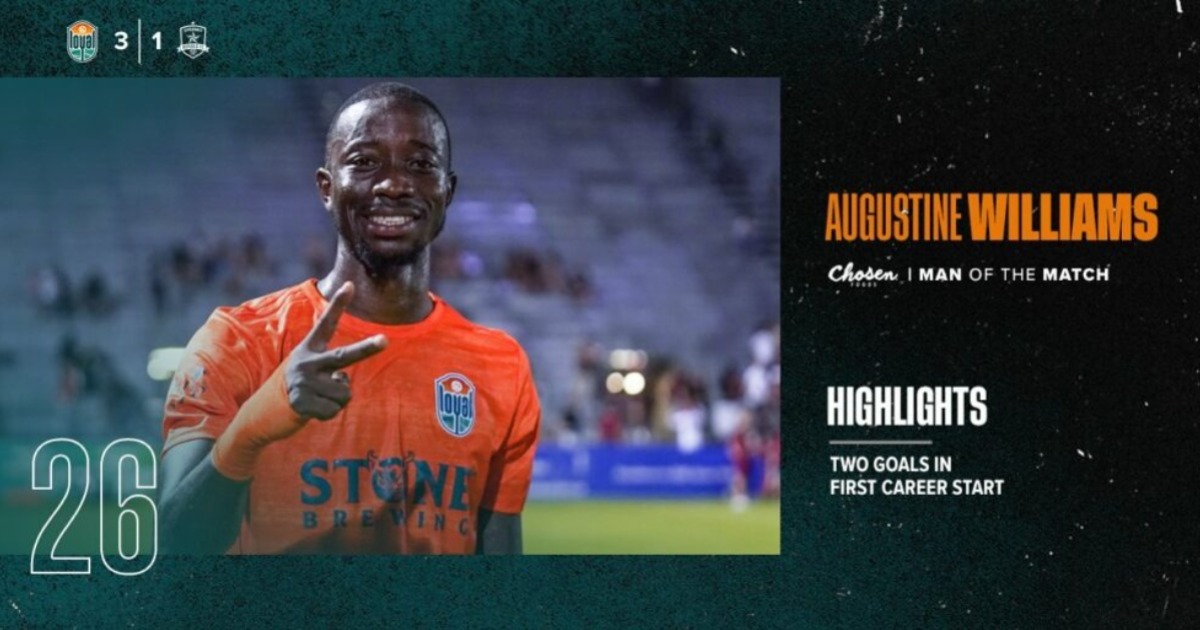 Sierra Leone striker Augustine Williams has expressed his delight at scoring a brace on his first start for his new club.

Williams, 24, opened his San Diego Loyal account in their 3-1 triumph over the Sacramento Republic at Heart Health Park on Saturday.

As a result, they ended Republic seven-game undefeated streak. Landon Donovan’s side started brightly as they took the lead in the third minute with Oliver Larraz’s first goal for the club.

The visitors doubled its lead in the 23rd minute as Williams opened his account in his first start since arriving on loan from the LA Galaxy. The Sierra Leone international collected a clever flicked pass by Corey Hertzog before placed his shot in the left corner of the net.

Six minutes later Williams added a second as he got onto the end of a corner kick by Charlie Adams from the right and headed into the right corner.

Williams almost got a hat trick for the visitors eight minutes into the second half as Elijah Martin created space in the left side of the penalty area for a low cross that found the forward, whose first shot was blocked by Jordan McCrary before a second that hit the top of Gomez’s head and came back off the crossbar before the hosts cleared to safety.

“Feels great. It’s a great way for me to start and be in a good rhythm. I am happy for the win and goals,” a delighted Williams told FSL News.

“My job is to score goals, and I love to do it whenever I got the opportunity to do it.”

Just a few days ago, he joined the club from LA Galaxy on loan for the rest of the season.