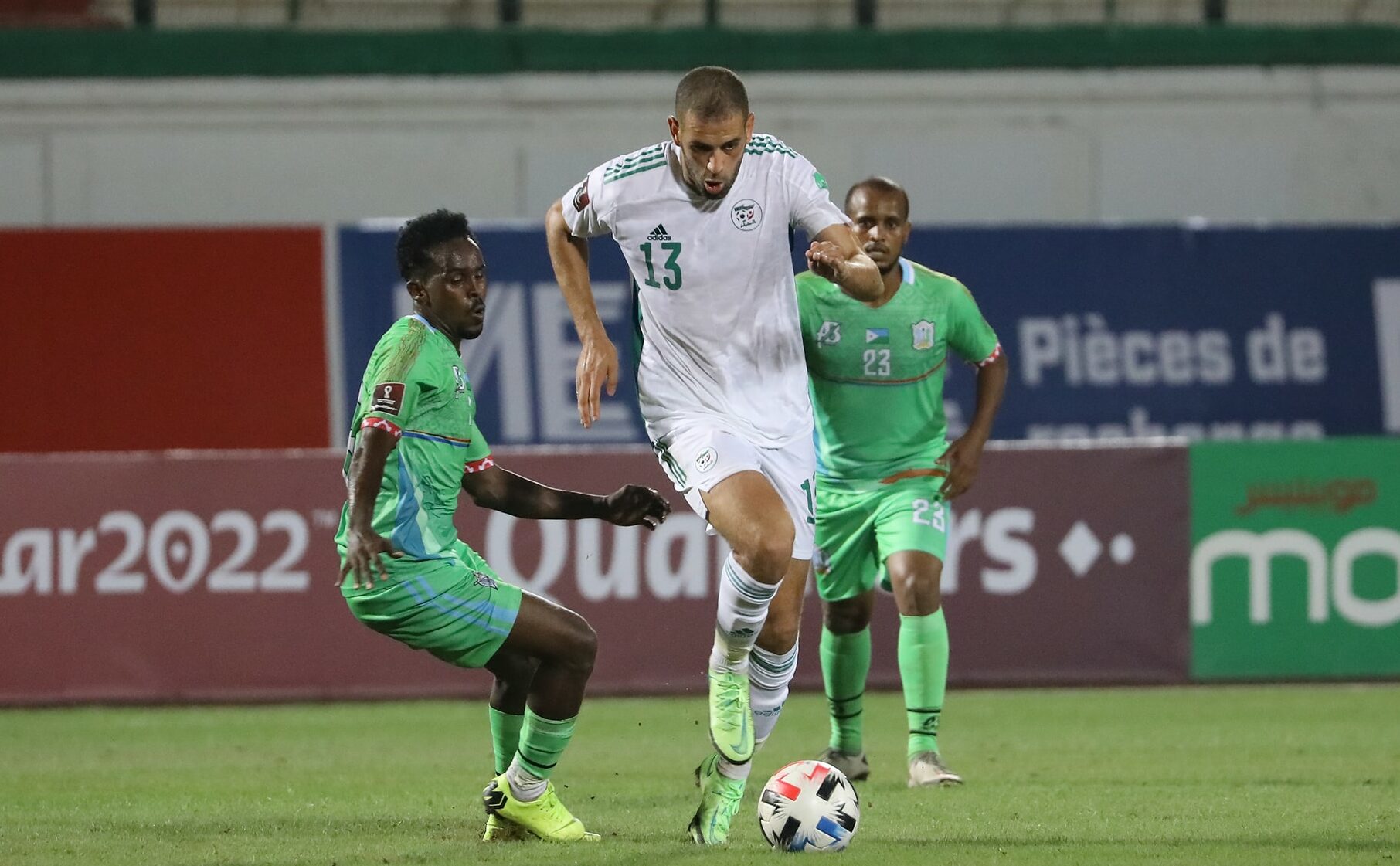 Lyon striker Islam Slimani recorded four goals in helping the Les Fennecs to their big triumph at the Mustapha Tchaker stadium in Blida.

In the same group, Burkina Faso launched their campaign with a 2-0 win over Niger at the Grand Stade in Marrakech, Morocco.

Niger was staging their match in Morocco as their home stadium in Niamey is yet to be approved to host international matches.

In Rabat, Morocco scored in each half in their 2-0 over Sudan at the Prince Moulay Abdellah stadium.

As a result, they top Group I on three points and will face Guinea, who earlier had a 1-1 draw with Guinea-Bissau on September 6.

Elsewhere in Group J, the Squirrels of Benin defeated Madagascar 1-0 At the Municipal Stadium of Mahamasina with striker Steve Mounie accounted for the game’s only goal.

The other two teams in the group Democratic Republic of Congo and Tanzania shared spoil in their Group J opener in Lubumbashi.

Johannesburg’s Orlando Stadium hosted Namibia tie against visitors Congo as both teams played to a 1-1 draw.

In the day’s early Kickoff, East African rivals Kenya and Uganda played to a goalless draw in Nairobi in their Group E contest.