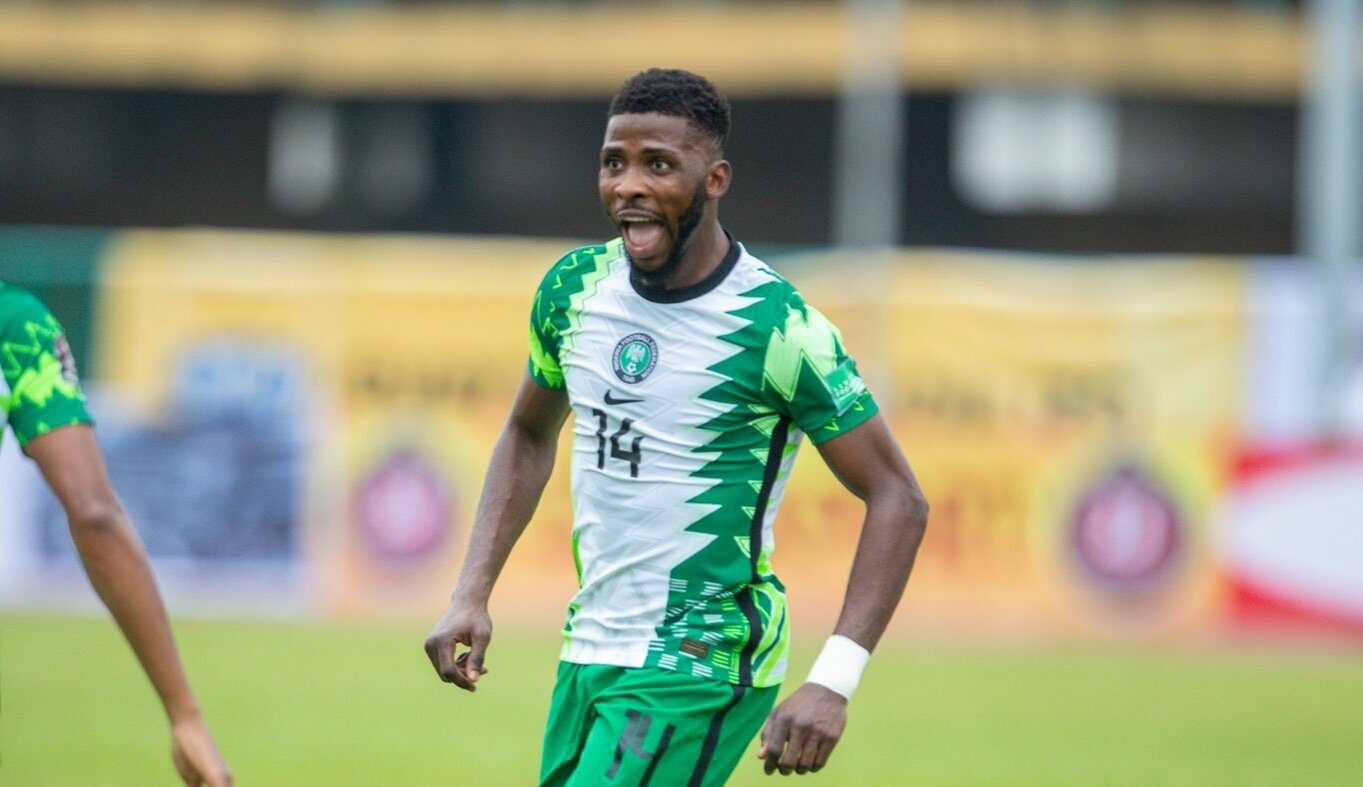 Carthage Eagles of Tunisia proved too strong in their opening Group B World Cup campaign with a resounding 3-0 home win over Equatorial Guinea to top Group B. Goals from Bronn, Ellyes Skhiri and skipper Khazri was enough to ensure a convincing victory.

Zambia standing second in their group after they registered a 2-1 win over hosts Mauritania at the Olympic Stadium in Nouakchott.

Matchday two will see Tunisia will travel to Zambia next, while Equatorial Guinea hosts Mauritania.

Leicester City striker Kelechi Iheanacho scored a brace for three-time African Champions Nigeria as they overcame Liberia with a 2-0 at the Teslim Balogun Stadium in Lagos on Friday.

The former Manchester City attacker goals came in the 23rd and 45th minutes as the Eagles go top of Group C after match-day one fixtures, following Cape Verde’s 1-1 draw with the Central Africa Republic on Wednesday.

Gernot Rohr’s side was comfortable throughout their opening game of the FIFA World Cup, Qatar 2022 Qualifiers.

Al-Nassr Vincent Abubakar gave the Indomitable Lions in the lead in the opening ten minutes before Michael Ngadeu-Ngadjui doubled their lead in the 22 minutes.

The Elephant will host Cameroon on Monday 6th September in their matchday two in the race to Qatar while Mozambique travels to Malawi.

Mubarak Wakaso scored the only goal of the day in the 35th-minute to help Ghana started their campaign with a home 1-0 win over Ethiopia in the Cape Coast stadium on Friday.

In the same group, Zimbabwe shared spoils with South Africa.