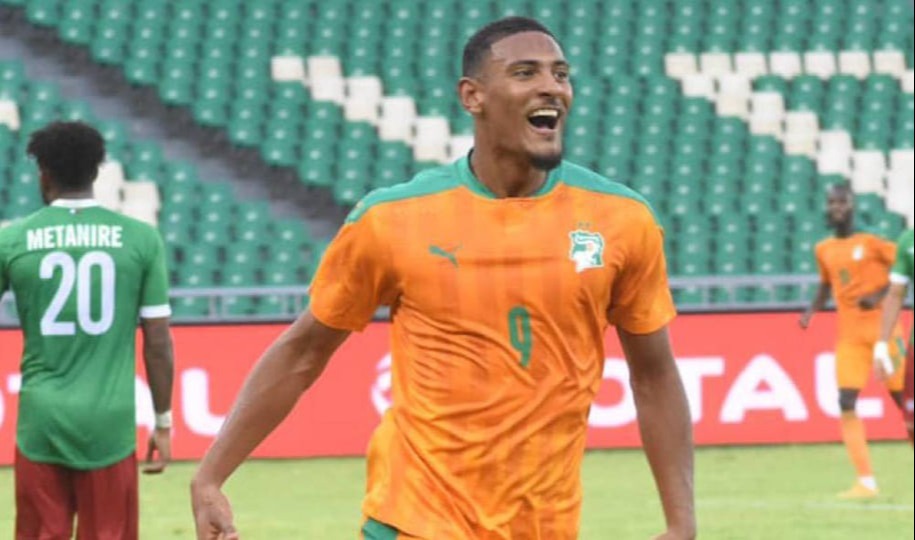 Ajax striker Sebastien Haller recorded a brace in the opening half to help Ivory Coast defeated Cameroon 2-1 at Lassane Ouattara Stadium in Abidjan on Monday night.

Nicolas Ngamaleu scored for Cameroon, and the win means Cote d’Ivoire go above Cameroon after their opening draw against Mozambique. Cameroon, who won their first game 2-1 by defeating Malawi now in second place.

Malawi takes on Mozambique in the group’s other game on Tuesday.

At the FNB Stadium in Johannesburg, Bongokuhle Hlongwane gave Bafana Bafana the lead with seven minutes remaining as they defeated Ghana 1-0 to move top of Group G with four points after they picked a point in the 0-0 draw against Zimbabwe on matchday one.

Kpah Sherman scored the only goal for Liberia in their 1-0 win over the Central Africa Republic in Monday’s Group C contest.

As a result, the Lone Star amassed three points compared to the Central African Republic one point. Cape Verde takes on Nigeria in Mnidelo on Tuesday.

In Kampala, Mali retained their hold on the top spot of Group E with a point against 10-man Uganda Cranes at the St. Mary’s Kitende Stadium in the outskirts of the capital.

In Cotonou, Benin goes top of their group after they came from a goal down to draw 1-1 with DR Congo.

Dieumerci Mbokani gave the Leopards the lead after heading home from a Cedric Bakambu cross on the right after 12 minutes. The home side drew level after 32 minutes when Jordan Aeoti thumped a header into the net from a Delvyn Moremus cross from the left.