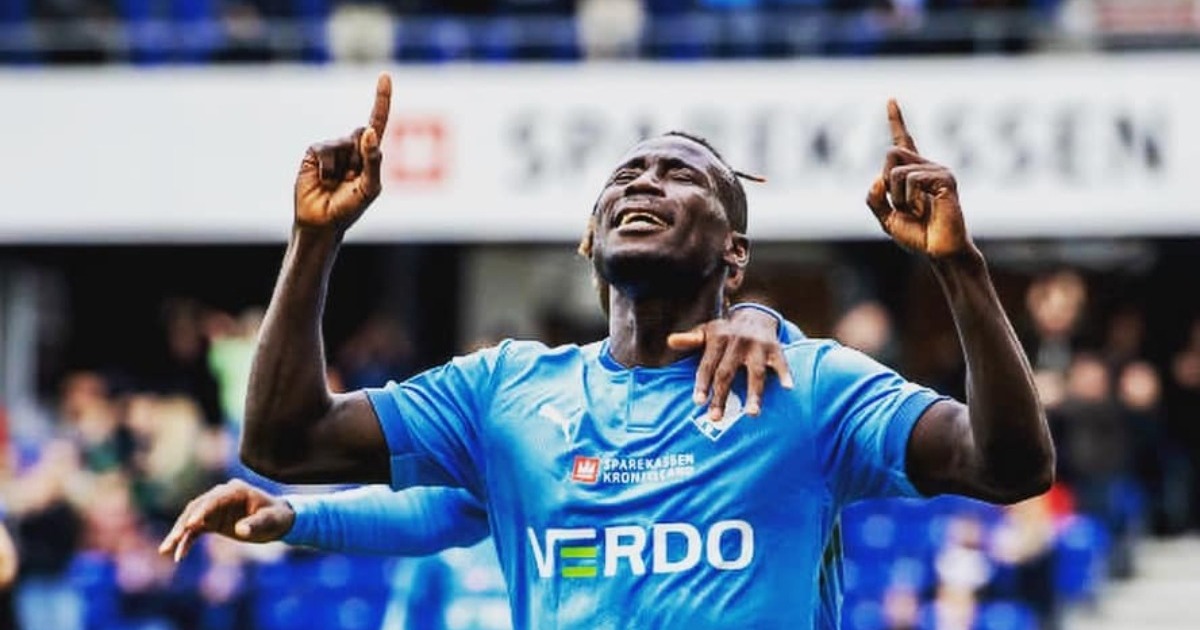 Alhaji Kamara has dedicated the goal he scored on Sunday to his elder brother Ibrahim Kamara commonly known as Crespo.

Kamara was back on the scoresheet for Randers in the Danish Superliga in their 3-2 win over Nordjaelland at Ceres Park.

He registered his third of the season in the 24-minute before he was replaced in the 74-minute.

The Sierra Leone international took to social media to paid tribute to someone special to him. “I dedicate my goal today to a departed soul, who has been part of me, elder brother Ibrahim Kamara commonly known as Crespo,” he posted on his Facebook page.

He continued, “Over the last months and days ago, it was hard losing someone that is attached and connected to you. When you lose a brother to the true and real-world! I want to express my deepest and sad moment missing you and that you have gone. And that everyone has to taste the bitterness of Death! Everything in this life belongs to God!! May you have Peace and Eternal Rest!! RIP my Brother!”