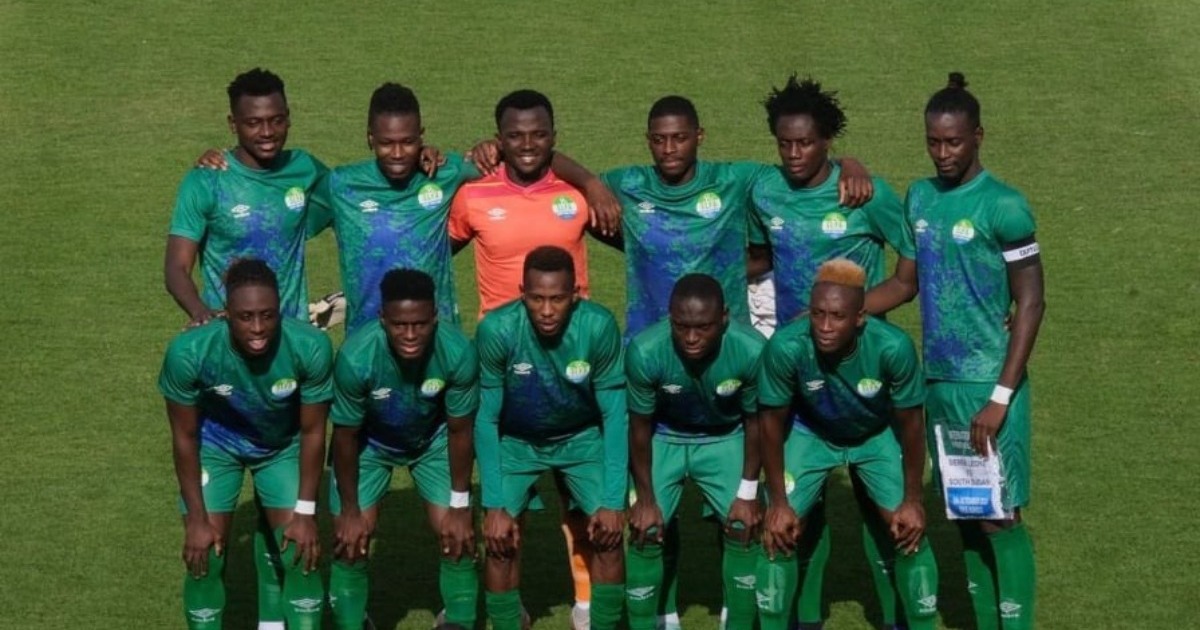 South Sudan Bright Stars left it late as they grabbed a last-gasp equaliser against Sierra Leone in Wednesday friendly international at the Stade El Abdi in Morocco.

Their goal came from a free-kick near the 18 yards as Musa Asad sent in a fine cross that met Loki Emmanuel, who converted a header in the 93rd minute for the leveller.

South Sudan enjoyed a better ball possession in the first half, but that counted for nothing after Queens Park Rangers right-back Osman Kakay through pass for Sullay Kaikai, who waved his way in before slot a fine left-footed shot in the 41st minute.

Alhassan Koroma was subbed off due to a knock and was replaced with FC Kallon Saidu Fofanah in the 19th minute.

The West Africans were brilliant for most of the game and could have doubled their when scorer Sullay Kaikai cross in that was headed over the crossbar by Kwame Quee.

The Bright Stars of South Sudan never relents until dying minute into added time to find their leveller.

Next up for Sierra Leone is the Gambia on 9th October and Morocco on 12th October, both being played in Casablanca. 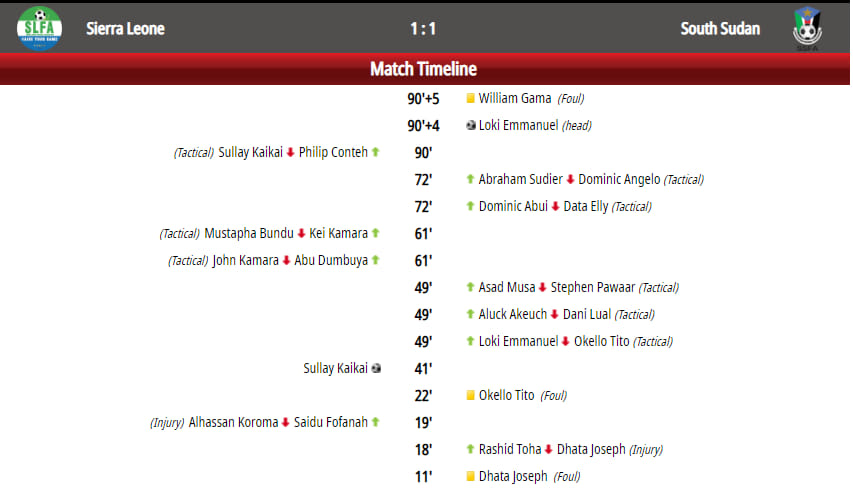