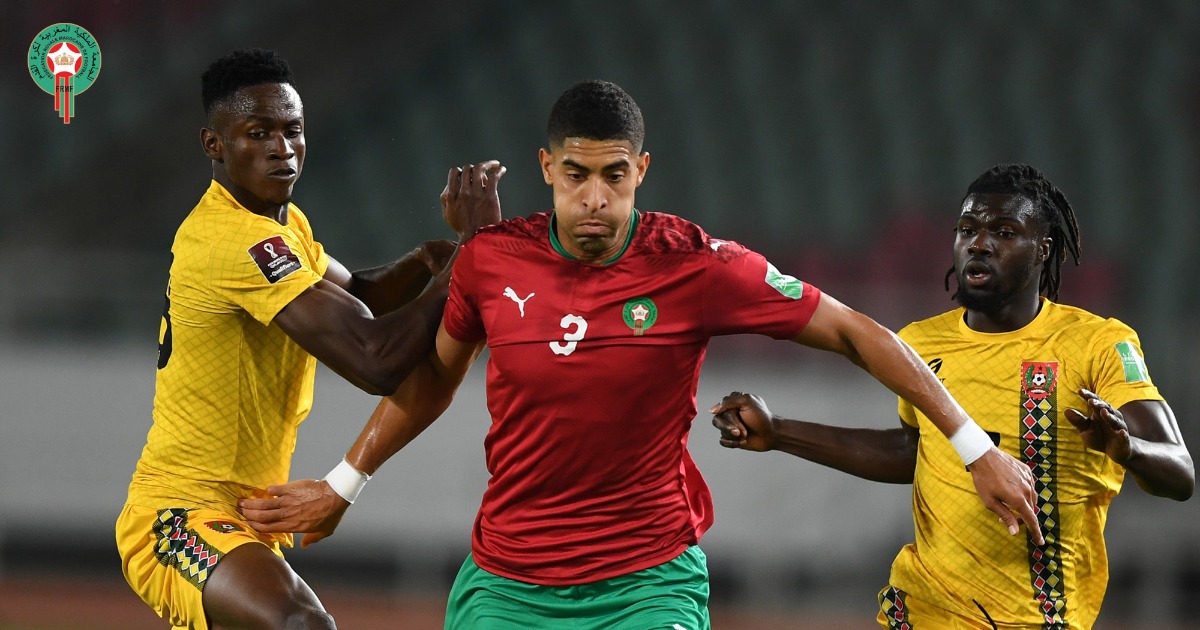 As a result, the Atlas Lions leading the group with six points from two games, two more than second-placed Guinea and Guinea Bissau, while Sudan trails the group on one point.

The North African giant dominated the game from the start as they registered five goals to give Coach Vahid Halilhodžić an astounding win.

Paris Saint-Germain defender Achraf Hakimi put Morocco ahead at the half-hour mark, making use of a defensive error.

And right before the break, it became 2-0 when Imrane Louza scored from the spot to double the Moroccans’ lead.

In the second half, the Atlas Lions continued dominating, and four minutes after halftime Ilias Chair added the third goal past Guinea Bissau goalkeeper Jonas Mendes with a superb strike.

Just after the hour mark, it became 4-0. Striker Ayoub El Kaabi scored with a beautiful acrobatic kick from a close range to sign a usual beauty from the former Wydad forward.

With eight minutes remaining, Munir El Haddadi put the icing on the cake scoring Atlas Lions’ fifth of the night as Morocco ended the game in style.

Both sides will lock horns again next Sunday in Casablanca before Morocco taking on Guinea on Tuesday.

Elsewhere, Sudan came from behind to draw parity against Guinea’s Syli Nationale with a decent goal through Saif Eldin Terry in the 72nd minute at the Grand Stade in Marrakech, Morocco.