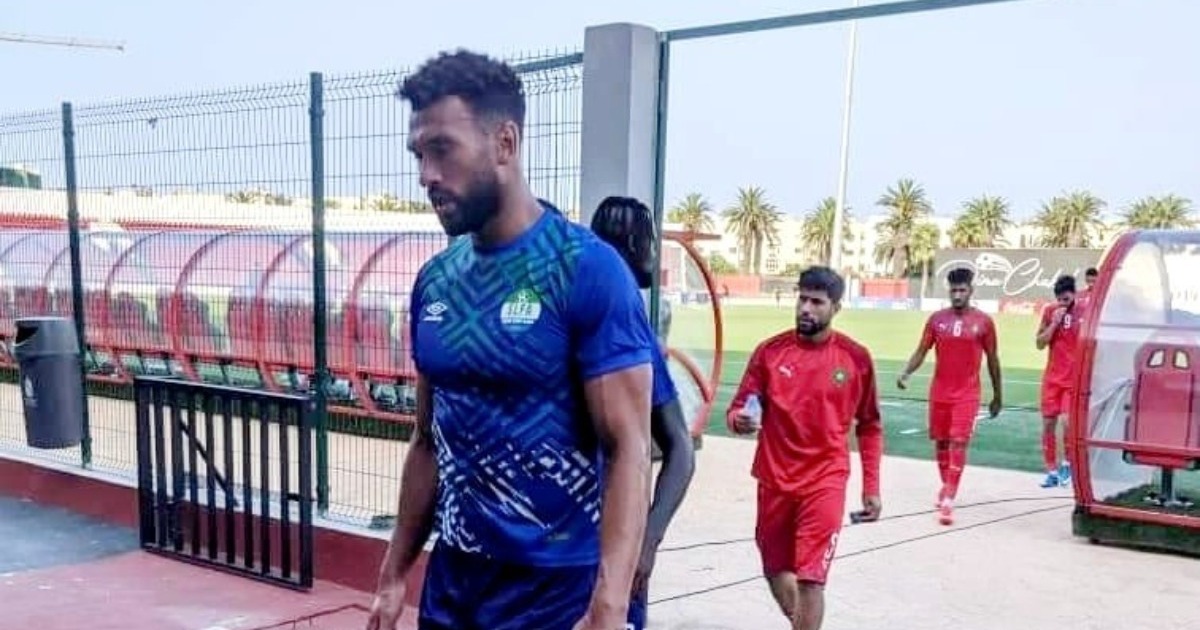 Former England international Steven Caulker says it is an honour to represent Sierra Leone after making his first appearance in Leone Stars colours in Morocco.

The former Liverpool and Tottenham defender, Caulker, 29, played in the Leone Stars final friendly against Morocco home-based side on Tuesday 12 October at the Stade El Bachir, Mohammédia.

Caulker, who is currently playing for Gaziantep BB on loan from their Turkish rivals Fenerbahce, still waiting on Fifa clearance.

Under the new Fifa regulations, he is allowed to swap associations having only one cap for England. He is qualified to represent the Leone Stars through his paternal grandfather, who is from Sierra Leone.

“Playing for Sierra Leone became an obvious choice, an obvious decision. I played for England at the age of 20 when I made my debut playing for the first team, but since then, I have not played for England, I have been a part of some squads but not on the pitch,” Caulker explained while speaking to BBC Fajah Barrie in Freetown.

He added, “The chance to come to Siera Leone to play football and to play football in the African Cup of Nation to come and get behind the nation in this exciting moment, for me, it became an easy decision to make.

“I am just happy to make the decision. I met with such love and warned love from all of the players. I feel at home – I visited Sierra Leone many times, I built a school in Kambia. My plan from the age of 19 was to give back to Africa, in particular Sierra Leone.”

Caulker paid tribute to his grandad before saying he already felt connected with the West African state. He praised his teammates and described them as hungry young lads ready to achieve success in next year’s continental tournament in Cameroon.

He went further to praised coach John Keister and relishing challenges on the pitch.

Soccer fans hailed his matured performance against Morocco despite a controversial late penalty that condemned the Leone Stars to a 2-1 defeat.

Sierra Leone qualified for the African Cup of Nations after 25 years, having defeated Benin 1-0 at the Stade Général Lansana Conté de Nongo in June.