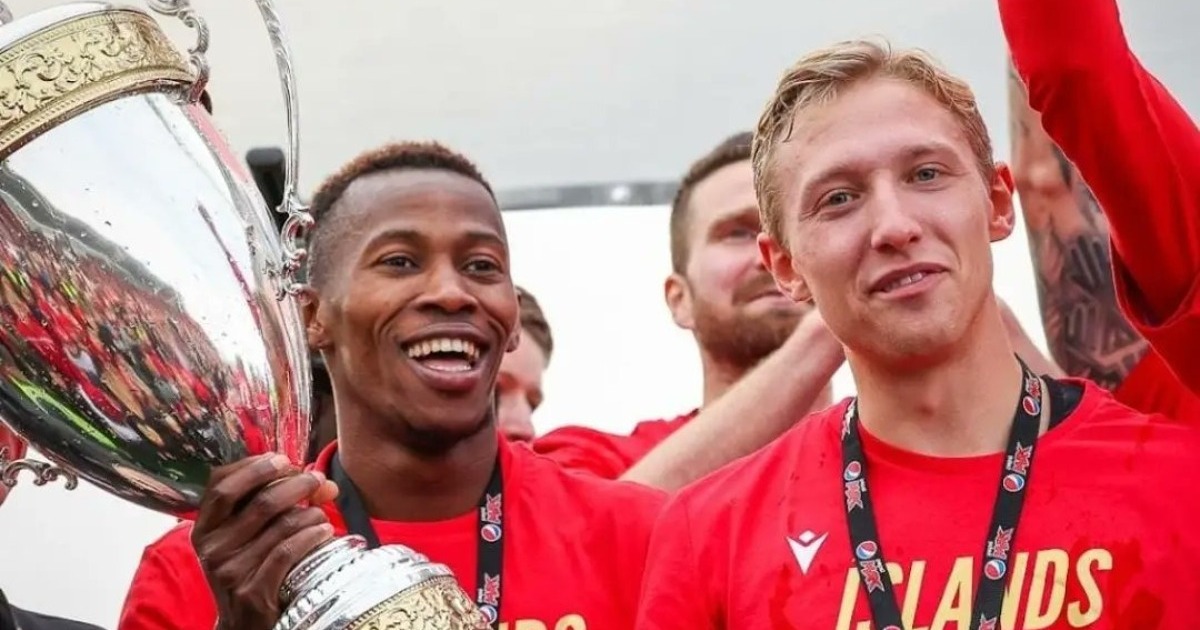 Sierra Leone midfielder Kwame Quee has completed the double of the season thanks to Víkingur Reykjavík 3-0 triumph over ÍA Akranes in the Men’s Milk Cup final at Laugardalsvöllur on Saturday.

They are the fifth club in Icelandic football history to win the double in men’s football.

The win means the third silverware in Iceland for Quee since moving in 2017 on loan to join Víkingur Ólafsvík.

Two first-half goals from Erlingur Agnarsson and Halldór Smári Sigurdsson in the 18th and 45th minutes respectively put Quee side in a comfortable position.

Quee was subbed on in the 68th minute to help his side achieved the double of winning the Pepsi-deild karla and the Icelandic milk cup in the same season.

Late in the second half, Helgi Gudjonsson completed the win with Víkingur Reykjavík third of the day.

The former FC Johansen player won his first Icelandic Cup in 2019 with Víkingur Reykjavík on 14 September at Laugardalsvöllur while on the first spell at the club on loan.

Overall, he has had spells with Doutcher United, where he started his career, Sierra Rangers, Papa Jack FC before joining FC Johansen in 2009. In Iceland with Víkingur Ólafsvík, Breiðablik and Víkingur Reykjavik.