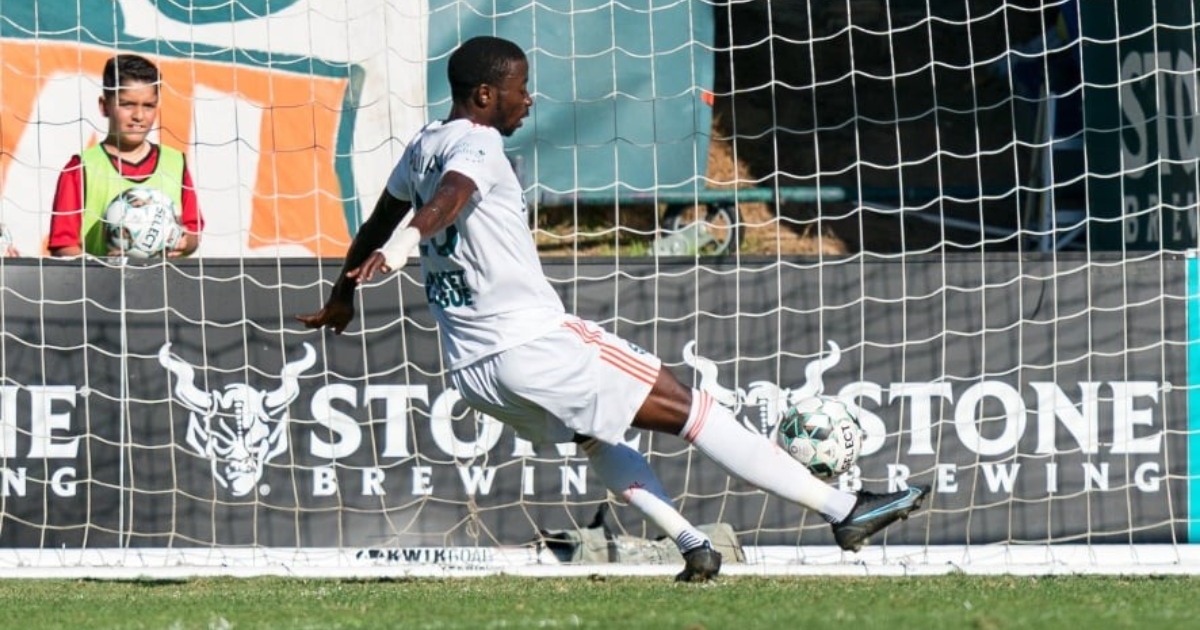 Williams breaks the deadlock after sliding into the six-yard box to slot in a pinpoint cross by Hertzog. It was his fifth goal of the season since his loan move from LA Galaxy II in August.

Oakland Roots level the scoring from an own goal as Callum Montgomery sent the ball into his net in the 35th minute.

After the restart, Oakland Roots scored two more goals as they strived for a positive result. Jesus Enriquez and Akeem O’Conner-Ward 52nd and 58th minutes goals, respectively, gave the visitors a 3-1 lead before Williams registered his sixth of the season assisted by Elijah Martin in the 77th-minute to make it 3-2.

With four minutes to go, San Diego scored their equaliser through Hertzog right foot from the left side of the penalty area into the bottom-right corner of the net.

A late drama Oakland was reduced to 10 men as Tarek Morad was sent off for abusive language, giving SD Loyal a man advantage.

However, despite a man down, Roots scored their fourth of the day after Rodriguez was brought down by Guerrero for a penalty kick. Bokila stepped up to the spot and shot high into the top-left corner past the dive of the goalkeeper to restore Roots SC’s lead.