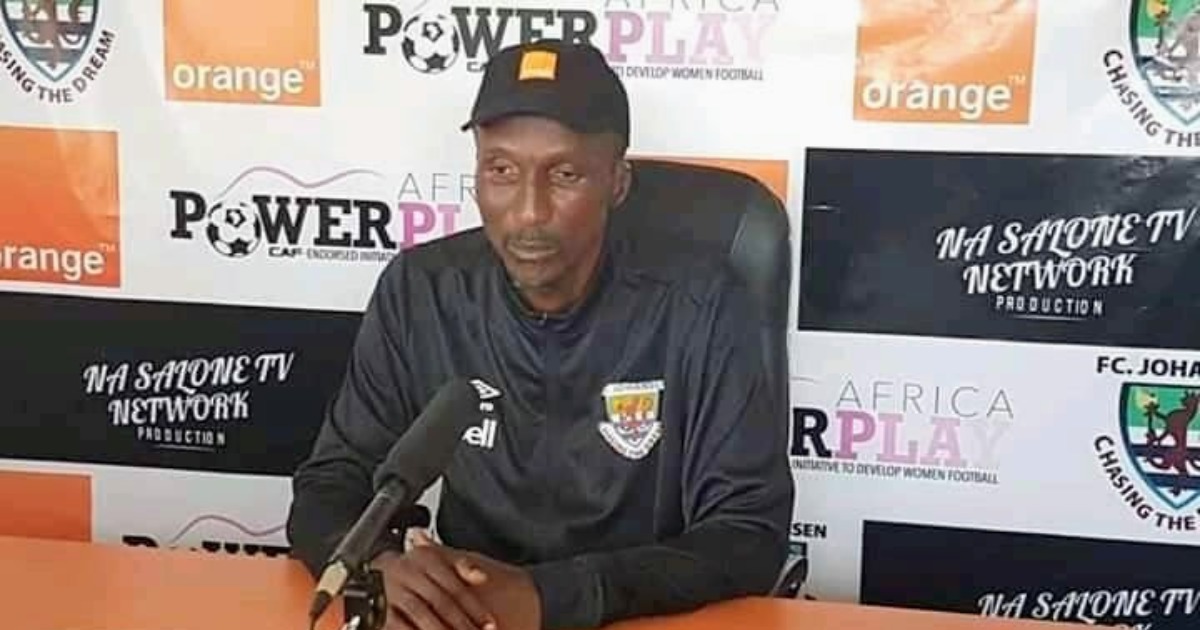 Suspended female national team coach Abdulai ‘Kaloga’ Bah is in police custody at the CID headquarters in Freetown for questioning.

He was ordered to step aside just before the Sierra Queens African Cup of Nations qualifier against the Gambia by the SLFA amid allegations of professional misconduct.

However, coach Bah has denied any wrongdoings and welcomed the FA’s investigation. “The allegations against me are completely untrue and unfounded. As a professional, I have always maintained the highest standards required.

“As a family man, I will never molest or use my position to gain any physical and emotional advantage against young women in the national team who are young enough to be my children,” he noted.

The Sierra Leone Football Association (SLFA) is aware of Bah’s arrest. The FA secretariat staff, including gen-sec Chris Kamara, were at the CID on Friday.

The FA boss Thomas Daddy Brima says they suspended the coach based on public outcry as his executive still waiting on the full content of allegations against Bah.

“We suspended him based on the social media outcry. I still don’t have an official report. I am waiting on an official complaint against him,” Thomas Brima told FSL sports.

“SLFA staffs were at the CID on Friday, including the sec-general Chris Kamara, and the police promised to get back to the FA.”