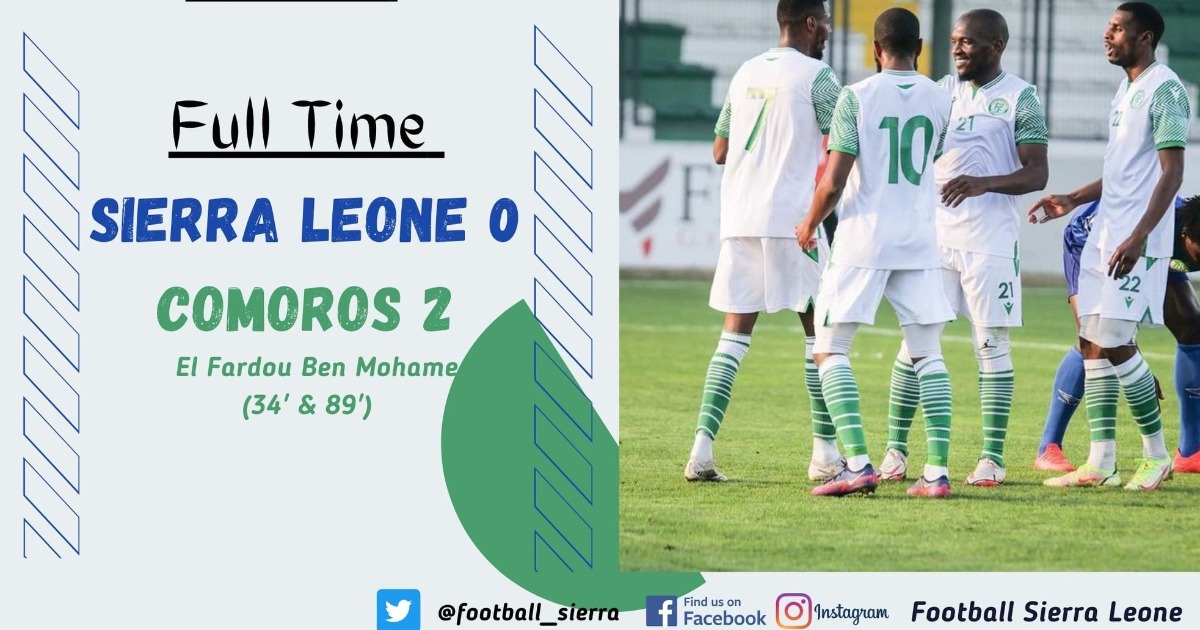 The writing was on the wall as Comoros arrived early and had three more training sessions than Leone Stars before this friendly encounter in Turkey.

It was the third victory in a row for Comoros Coelacanths as they prepare ahead of the African Cup of Nations in Cameroon, thanks to a brace from El Fardou Ben Mohamed on Saturday at the Sapanca Atatürk Stadium.

As a sign of things to come, Leone Stars only trained once ahead of the encounter. Explosive could not, however, describe the lacklustre performance that Sierra Leone put in the match, going the entire first half without a single shot on target from Leone Stars.

Both teams have qualified for the upcoming Nations Cup in Cameroon, but you couldn’t tell, and the scoreline was very flattering to Leone Stars, as many more goals could have been added.

Five years on, the difference in class between the two teams was striking. Comoros were much fitter, more physical and more disciplined in their shape.

Comoros lined up in a classic 442 with Bakari and Selemani, causing headaches on the flanks. On the other hand, Leone Stars lacked both direction and leadership; with off the field realities, seeming to creep onto the field.

Goalkeeper Mohamed Kamara returned to the first eleven, however, it begs the question of why Ibrahim Sesay was dropped to the bench after his impressive form against the Gambia and Morocco last month?

To add to that, why was Francis Koroma not tried? With the abysmal first half completed and a goal down, Daniel Francis, George Kweku Davies and Idriss Kanu were brought on but did not make any difference to the team going forward.

A late entry by John Kamara left fans perplexed, befuddled and irritated with the defensive midfielder added when Leone Stars needed a goal.

Sierra Leone in Group E will start the competition against holders Algeria, which is currently enjoying a 32 game unbeaten streak(in 90mins), with Ivory Coast and Equatorial Guinea in the group, whereas the Comoros Islanders are in Group C with Morocco Gabon and Ghana. 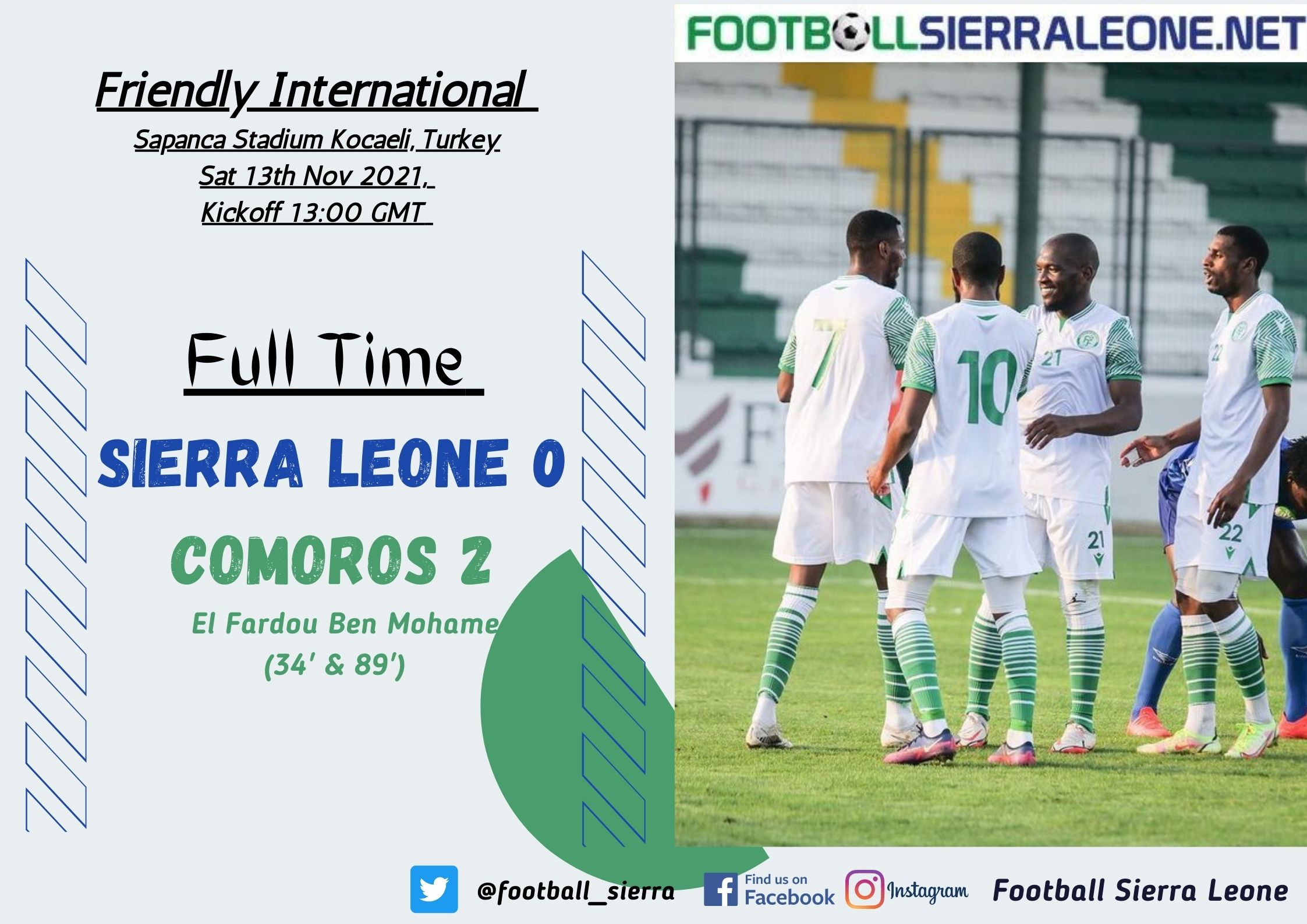