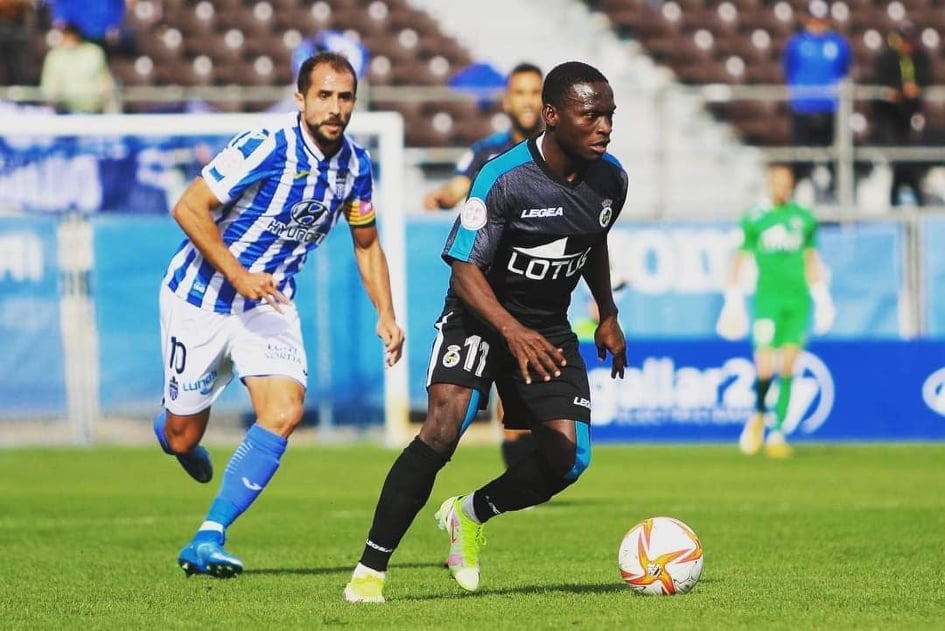 Sierra Leone winger Alhassan Koroma was on target for his Spanish side RB Linense in their 4-1 home win over Albacete on Saturday.

Koroma, 21, since injured in Sierra Leone friendly game against South Sudan, was making his second appearance for his side in Royal Spanish Football Federation (RFEF) league.

Francisco Morante Martinez scored a brace in the 26th and 60th minute, respectively, before Josué Dorrio Ortega added the third, and Koroma wrapped up their emphatic home win in the 85th minute.

It was Koroma’s first goal of the campaign in eight appearances.

As a result, RB Linense moved up to fourth on their standing, and their next league outing is against Betis Deportivo on 19th November away from home.