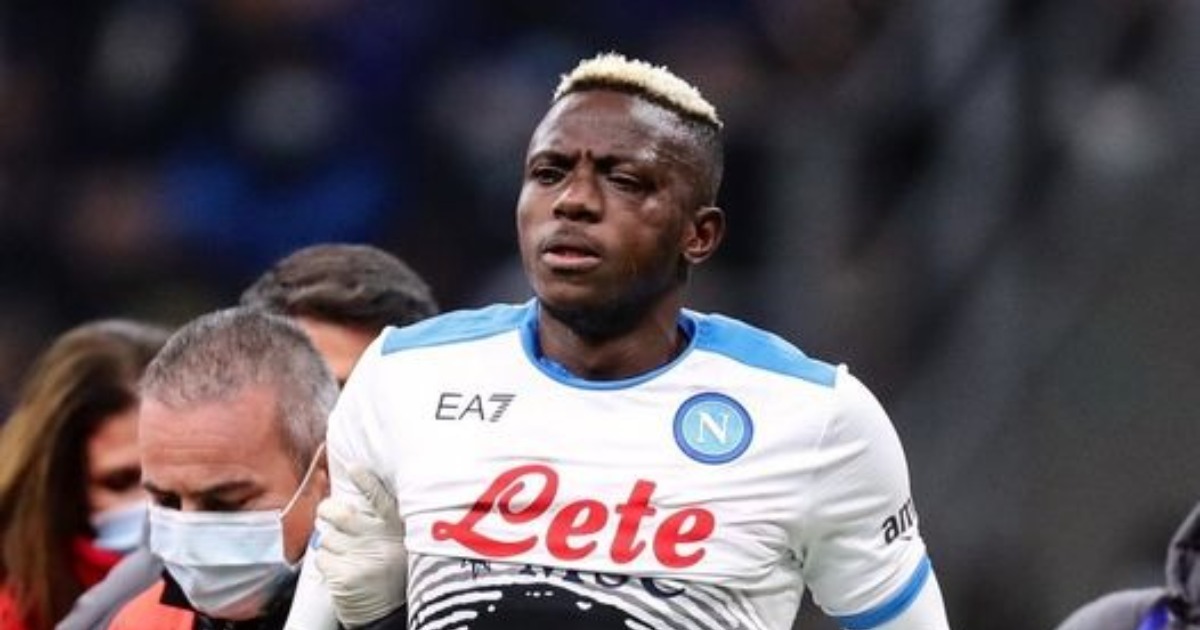 Victor Osimhen was operated on this morning by Prof. Tartaro, assisted by dr. Mario Santagata on his fractured cheekbones, the Italian club have confirmed.

SSC Napoli says his prognosis is estimated to be around 90 days.  As a result, he is set to miss the Africa Cup of Nations in Cameroon.

The Super Eagles striker, who is Napoli’s top scorer this season with nine goals in 14 appearances, was substituted in the 52nd minute following a nasty clash of heads with Inter’s Milan Skriniar.

“Titanium plates and screws were used in the operation,” said a statement on the Napoli website.

“The player is doing well and will remain under observation for the next few days.”

His injury will serve as a devastating blow for the Serie A leaders, who top the table by goal difference after 13 games.