Sierra Leone suffer back to back defeat in Amputee Nations Cup 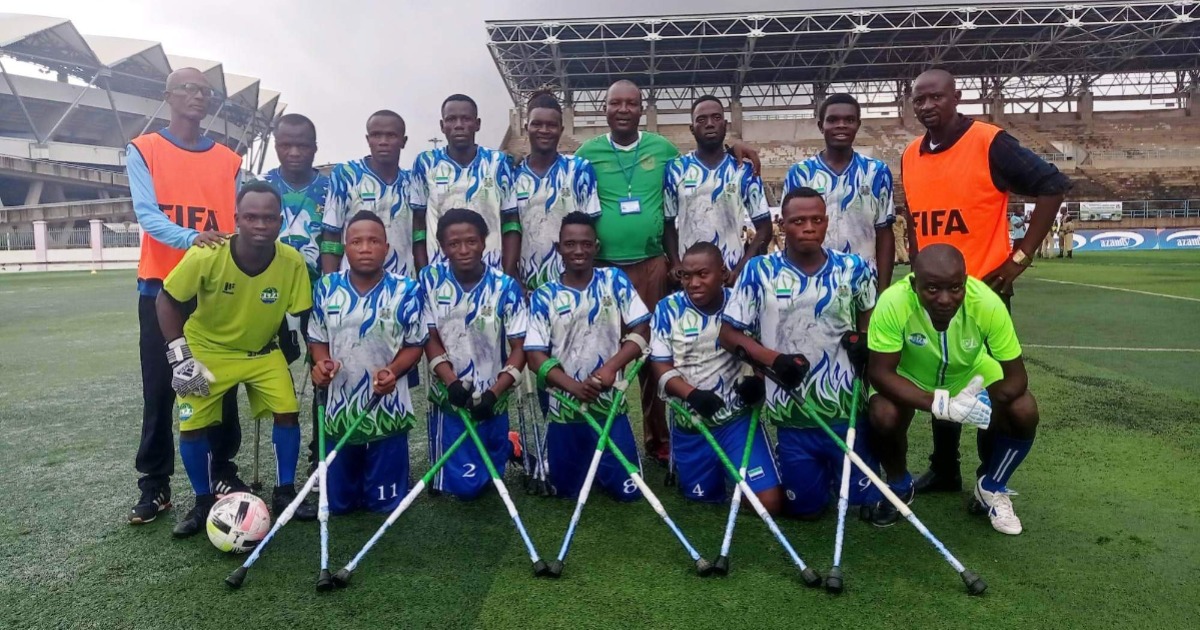 The Sierra Leone Amputee national team suffered a back to back defeat 3-0 to Morocco and 1-0 to host Tanzania, respectively, at the JMK Park Stadium.

Having won their opener 3-0 on Sunday 28th November 2021 against their group A opponent Uganda Amputee National Team, Sierra Leone was edged out of the 2021 CANAF Amputees Nations Cup on Tuesday after the defeat to Tanzania.

As a result, they failed to progress further from Group A while competing against Morocco, Uganda and host Tanzania. They ended up in third place in the group following their only win over Uganda.

Meanwhile, Ghana and Liberia will battle it out in this year’s final on Sunday 5th December at the Mkapa Stadium in Tanzania.

The tournament doubles up as qualifiers for the 2022 Amputee Football World Cup to be held in Turkey.

Tanzania, Angola, Ghana, Liberia are the top four teams that qualify for the World Cup to be held in October next year in Turkey.