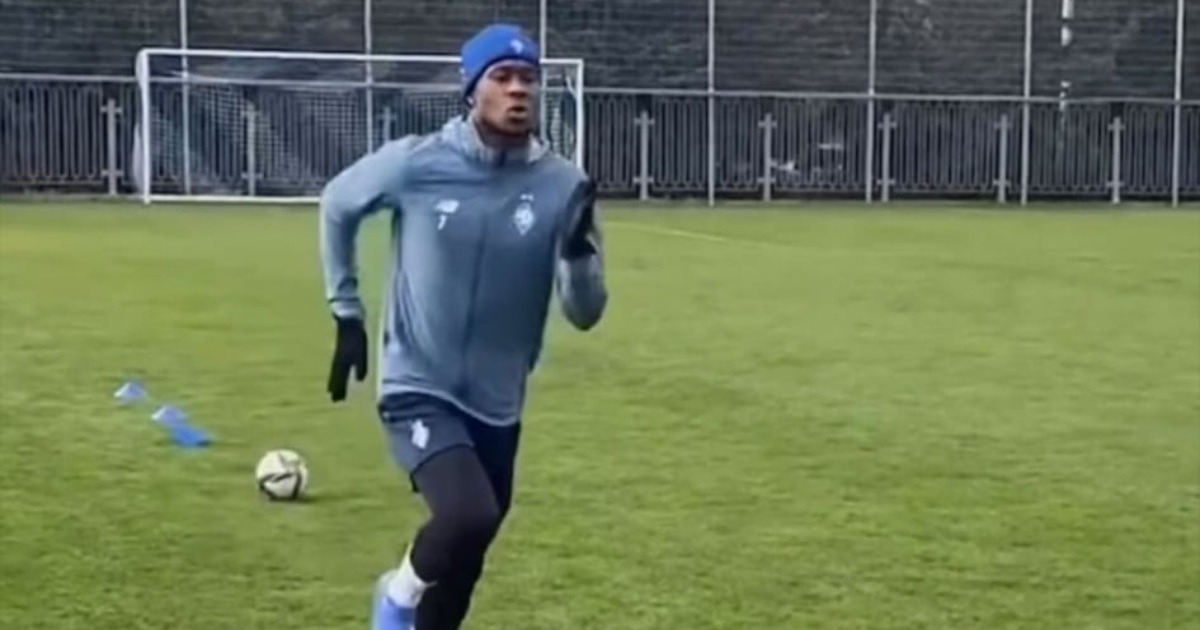 Kargbo Junior was involved in a 32nd-minute collision with goalkeeper Nikola Vasil in Olimpik Donetsk 2-1 win over Zorya Luhansk on Wednesday, April 28th 2021, in the Ukrainian top-tier.

The young attacker was on loan to Olimpik Donetsk but has returned to his parent club Dinamo Kyiv.

Olimpik Donetsk says back in April that an examination showed a double fracture of small and large birch bones.

Kargbo, 21, surgery was successful and has been out since April.

“The forward will spend the next three months in a cast, after which he will start full rehabilitation,” Olimpik Donetsk said in a statement after his operation.

In December 2019, he signed for the Ukrainian club Dynamo Kyiv.