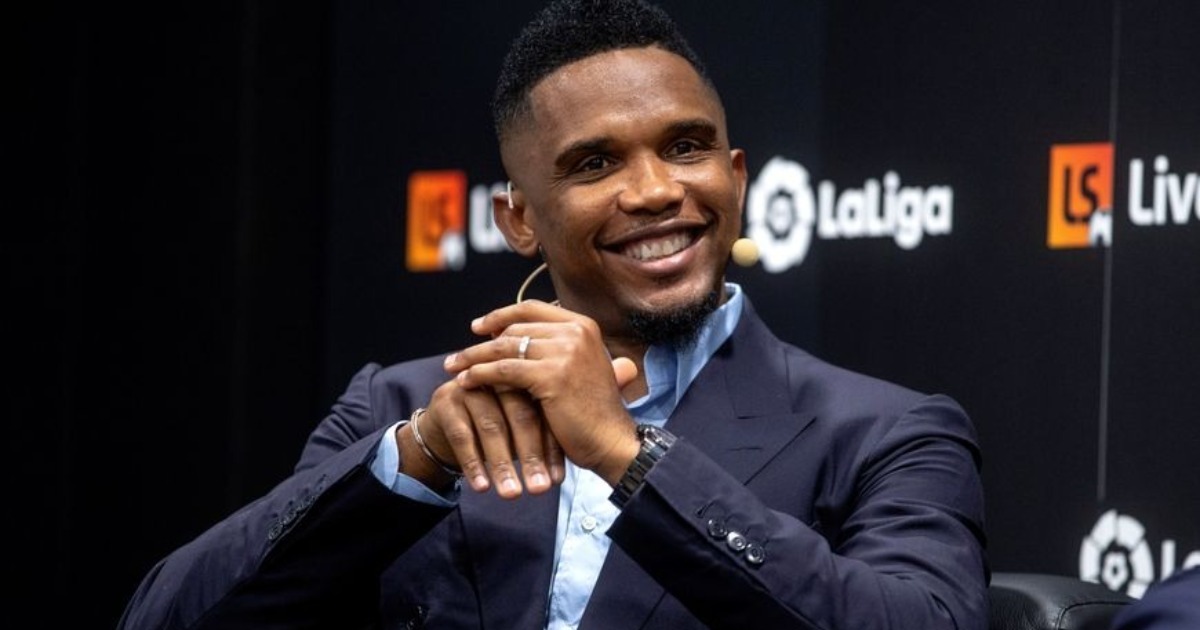 Former Barcelona and Chelsea striker Samuel Eto’o was elected president of the Cameroon Football Federation (FECAFOOT) on Saturday at the Mont Febe Hotel in Yaounde.

His reign will start just under a month before the country hosts the African Cup of Nations.

Eto’o, who starred for Barcelona, Inter Milan and Chelsea during his professional career, will take over an organisation long tainted by infighting, mismanagement and allegations of corruption.

Seidou Mbombo Njoya and Etoo were the only two of the seven candidates who contested the elections.

On the morning of the election, former Cameroon internationals Maboang Kesack and Jules Denis Onana both pulled out.

During his glittering career, Eto’o became the first and only African to win the Spanish Golden Boot after netting 26 times in 34 matches in 2006.