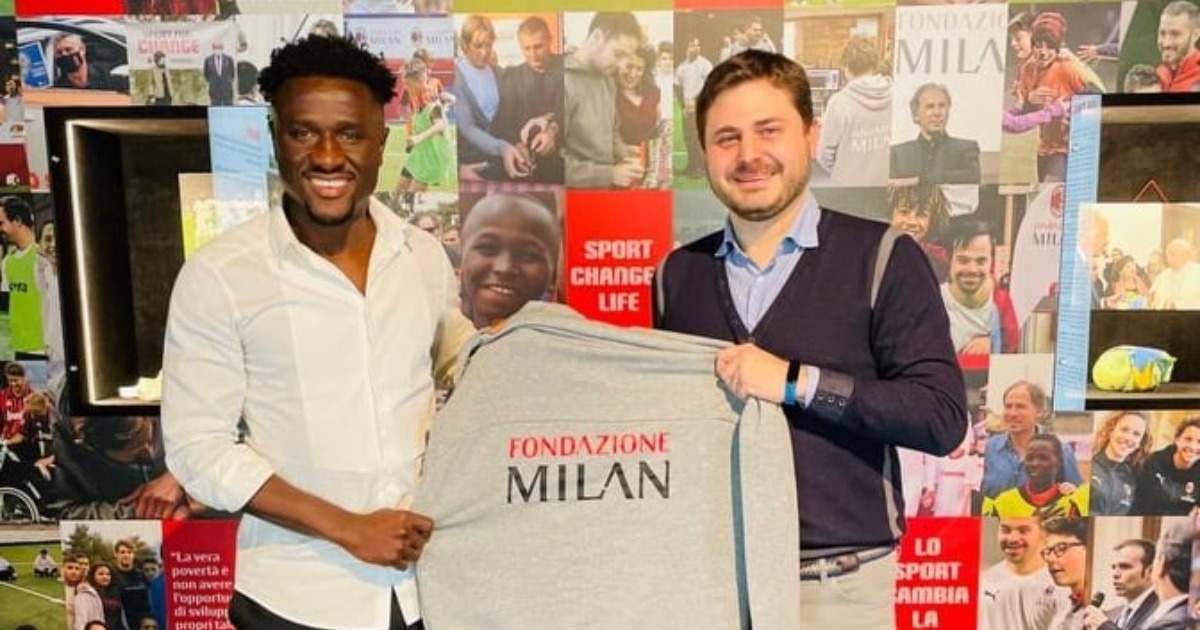 Rodney Strasser has confirmed receiving several football items as a donation from his former club AC Milan during their 122nd-Anniversary celebrations on Thursday.

The AC Milan Foundation has considered having a chapter in Sierra Leone due to its good relationship with its former player.

Fondazione Milan was established in 2003, intending to offer social engagement from AC Milan to meet the needs of local communities in difficult and socially emarginated circumstances.

The foundation intends to build a world that helps young people to grow through sport to discover and better themselves by gaining balance and wellbeing and, in turn, actively contribute to the growth and improvement of their community.

Born in Freetown, Strasser began his career with local club Kallon before moving to Italy to join Milan in 2007. Rodney Strasser will always be remembered for his first professional goal in a 1–0 league win over Cagliari on 6 January.

AC Milan Technical Director Paolo Cesare Maldini and other Milan Stars were Part of the Celebrations.

Meanwhile, the club prepared a special gift to its fans with a tribute to Tony Renis and Massimo Guantini, authors of the historic anthem that have accompanied Rossoneri’s for many years.