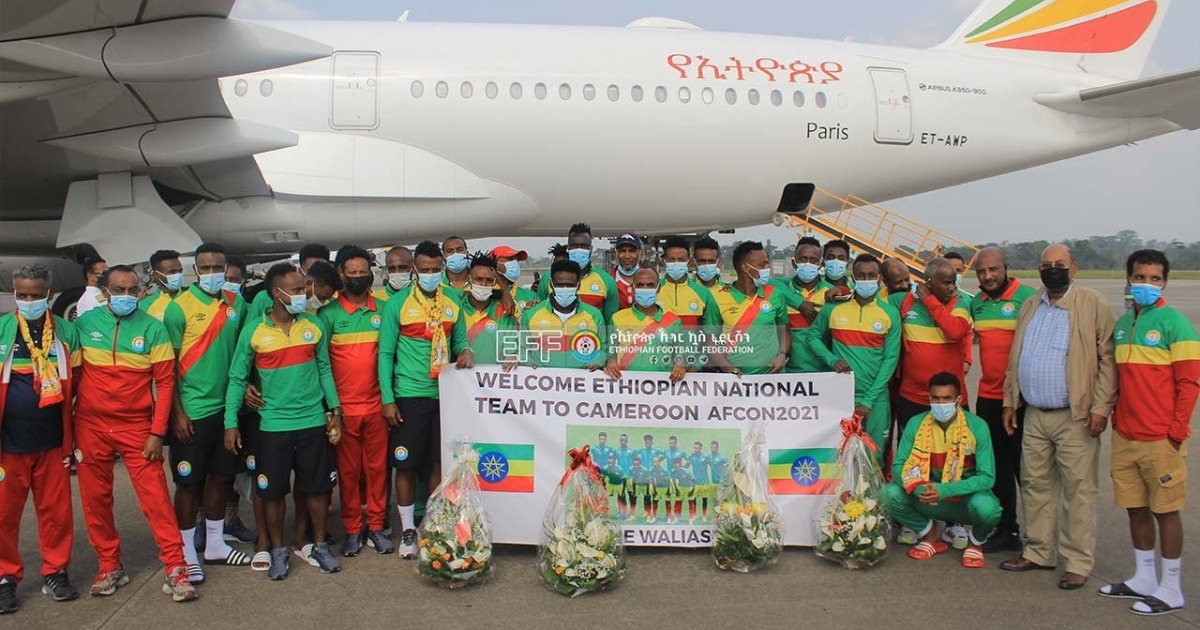 Ethiopia’s Walia Ibex is the first team to arrive in Cameroon for the TotalEnergies Africa Cup of Nations 2021 finals.

The continental showpiece will kick off on the 9th of January 2022. Ethiopia will start their campaign at the Stade d’Olembé, Yaoundé, against Cape Verde on the same day.

Ethiopia is in Group A alongside Burkina Faso, Cape Verde and hosts Cameroon. The delegation touched down at the Nsimalen International Airport of Yaounde on Sunday, 26 December.

Upon arrival, players, technical staff and FA executive underwent Covid-19 tests at the airport before moving to their team hotel.

The Walias return to the competition for the first time since 2013. They won the 1962 AFCON title when they hosted the tournament.