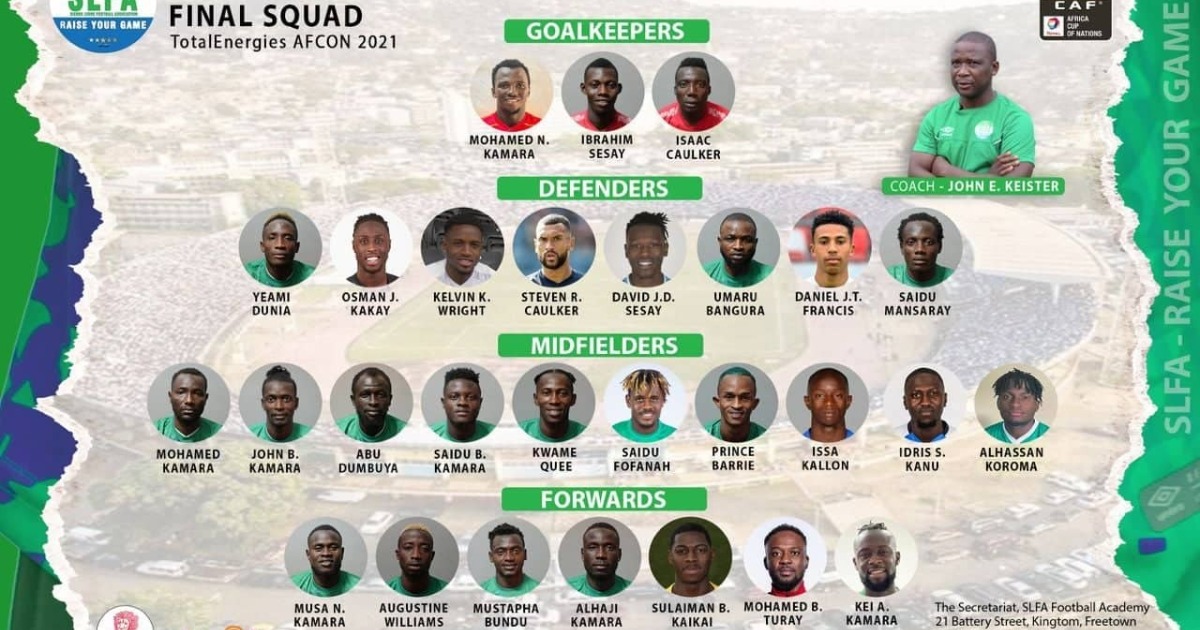 The Sierra Leone 2021 TotalEnergies Africa Cup of Nations is out as John Keister named his team for the continental showpiece next month.

Sierra Leone will start their Afcon campaign against Algeria at the Japoma Stadium on January 11 before taking on Ivory Coast and Equatorial Guinea on 16th and 20th, respectively.

There is another new call-up. Dutch top-tier side  Cambuur‘s winger Issa Kallon. Kallon, 25, is expected to make his senior international debut in a major tournament for Sierra Leone.

Like all twenty-three teams, Sierra Leone was permitted optional 28 players for the 33rd edition of the Africa Cup of Nations due to any potential COVID-19 outbreaks during the tournament. 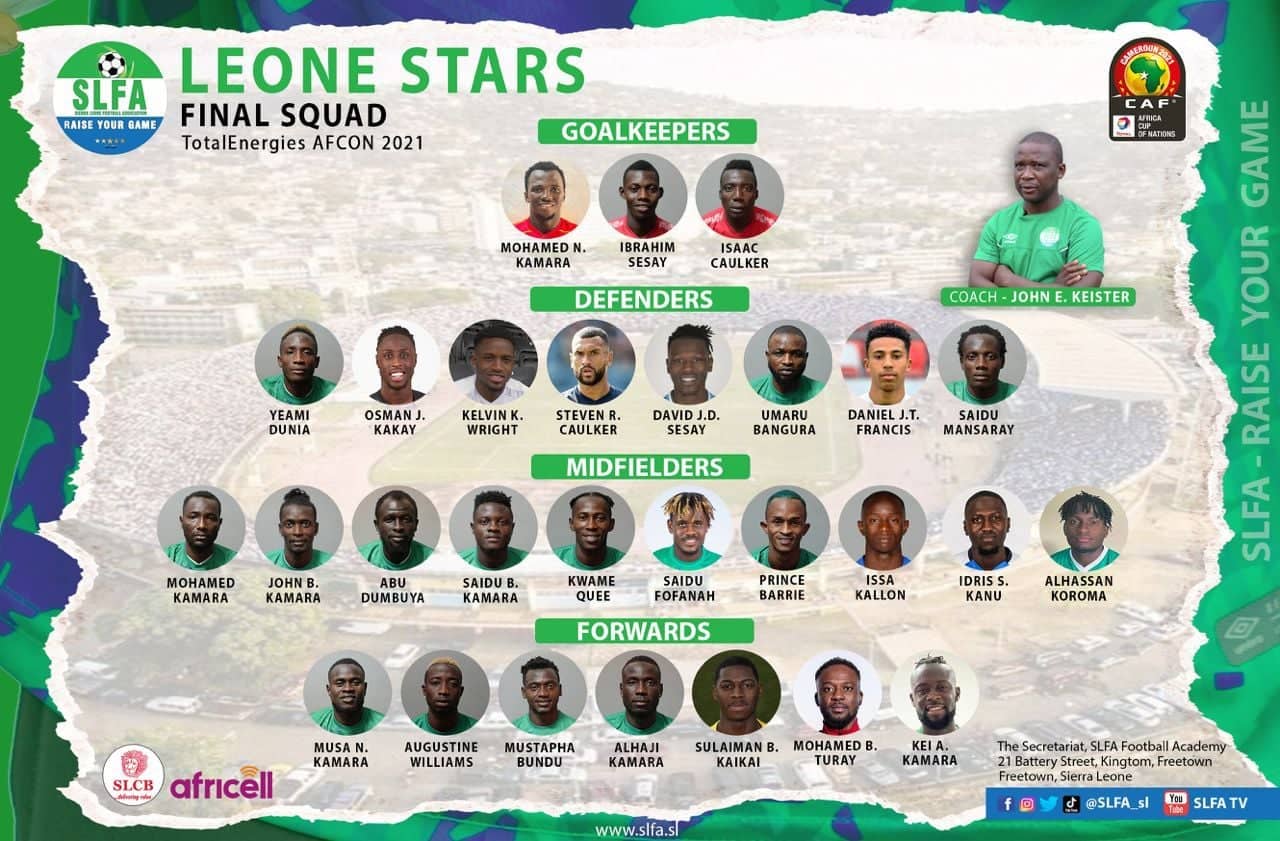