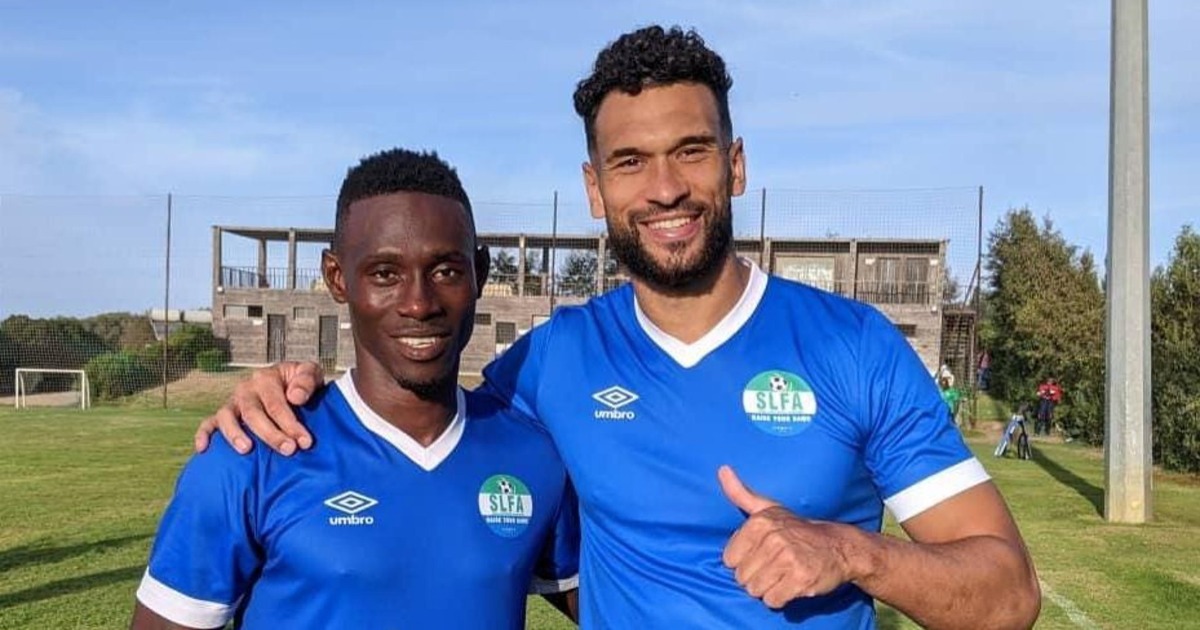 Former England defender Steven Caulker has arrived in Freetown on Sunday to join the rest of the Sierra Leone Africa Cup of Nations squad.

The former Liverpool and Tottenham defender, who was named in the country’s 28-man final squad, is set for first training in Freetown.

The 30-year-old, who won one cap for England nine years ago, is expected to make his Afcon debut with the West Africa Nations against Algeria on January 11 at the Japoma Stadium in Douala.

Caulker is one of six foreign-based players born in England in the squad, which is coached by Manchester-born John Keister, a former Sierra Leone international.

Meanwhile, the SLFA announced on Sunday Joris De Vos will be Leone Stars Sport Care Therapist in Cameroon during the African Cup of Nations.

“Joris is a qualified Belgian Sport Care Therapist with a wealth of experience, having worked with top-class players in Belgium, France, England and Spain,” the FA noted.