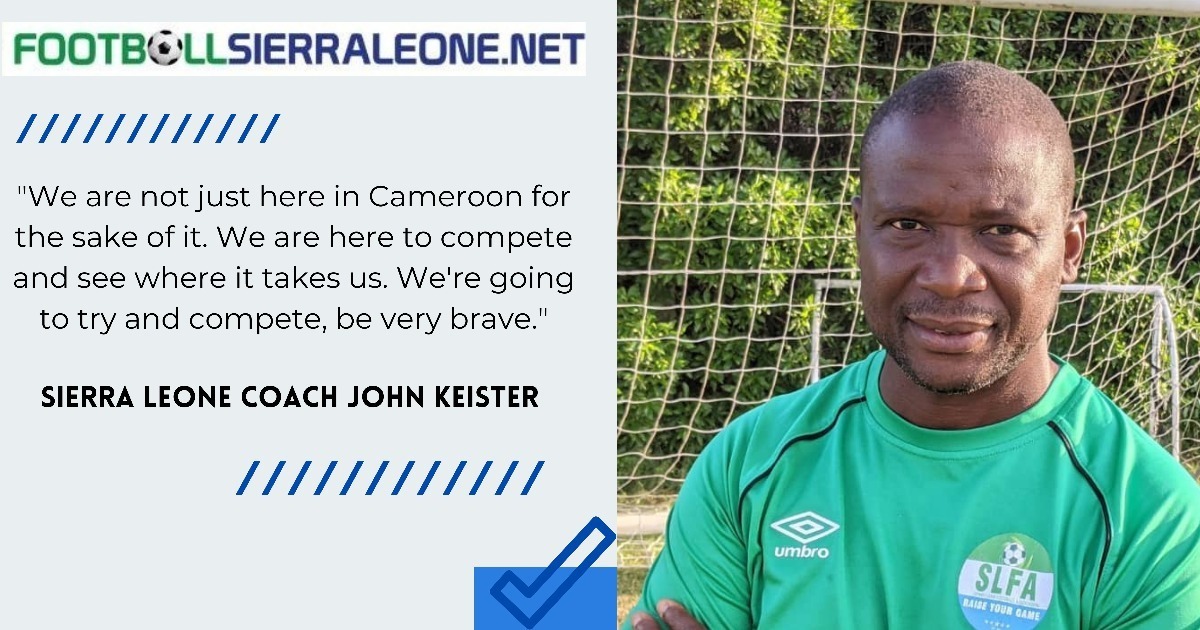 Keister and his troops plotting to go past the group stage for the first time in Sierra Leone history, with the former international working on the road map.

The West African nation arrived safely in Cameroon on Thursday ahead of their Group E opener against holders Algeria.

Speaking to Football Sierra Leone, Keister said, “We know that they are a good side, but in football on the day is who wants it the most. If we want to be in this competition year in, year out, we have to play against the best in Africa.”

“We are not just here in Cameroon for the sake of it. We are here to compete and see where it takes us. We’re going to try and compete, be very brave.”

Keister guided the West African Nation to the tournament after 26-years. Kei Kamara converted a 19-minute spot-kick at the General Lansana Conté Stadium against Benin back in June 2021.

After 26 years of absence, Sierra Leone is back in the TotalEnergies Africa Cup of Nations, hoping to go beyond the group stage this time.

To reach this year Afcon finals in Cameroon, Sierra Leone staged one of the greatest comebacks in Cup of Nations qualifying history, coming from four goals behind in Nigeria to draw 4-4.

Kwame Quee, Alhaji Kamara and Mustapha Bundu, scorers of the goals that stunned the Super Eagles, have all been included in the Cameroon-bound squad, whose realistic target must be third place in Group E.

Algeria, on the other hand, is ready to defend its title. The North Africans are tournament favourites. However, they will have to buck a trend as the last five African champions failed to defend the title, with none advancing further than the round of 16.

The Africa Cup of Nations is set to kick off in Cameroon on Sunday.