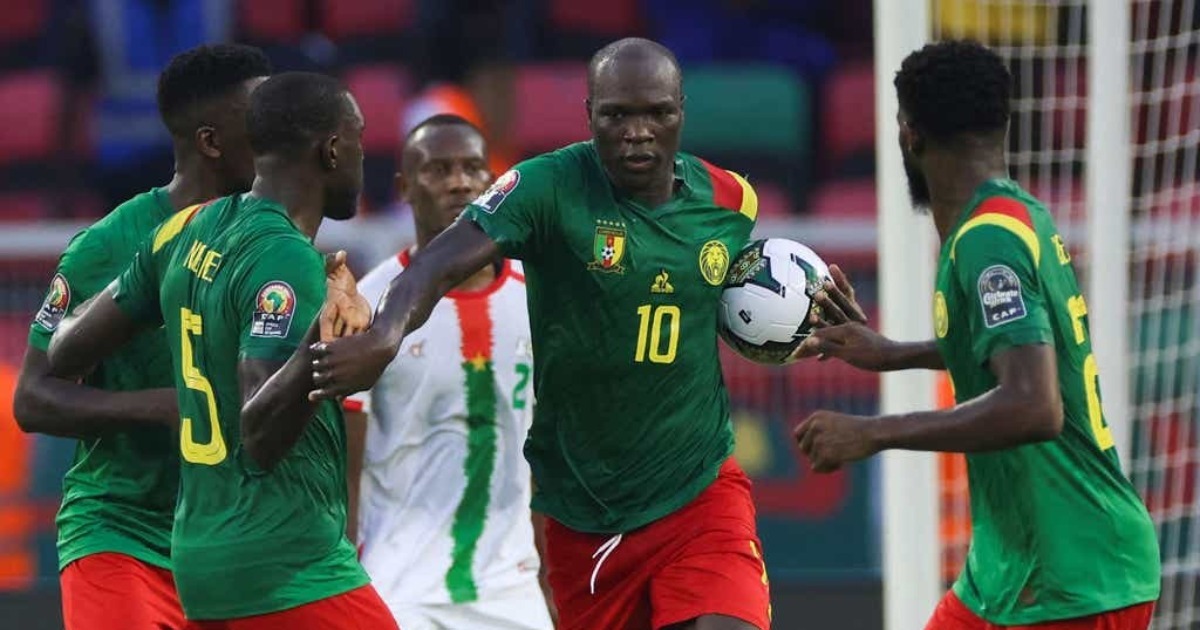 Captain Vincent Aboubakar converted two spot-kicks as hosts Cameroon came from behind to beat Burkina Faso 2-1 in the opening match of the Africa Cup of Nations finals in Yaounde.

Burkina Faso, who were without their coach Kamou Malo and six players who tested positive for COVID-19 in the build-up to the match, gave away two clumsy penalties after Gustavo Sangare had silenced the home crowd, estimated at around 45,000 fans at the newly-built Olembe Stadium, with the first goal of the game.

Sangare finished with his left foot at the back post in the 24th minute to hand the Burkinabe a surprise lead in the Group A encounter but then their captain Bertrand Traore and defender Issoufou Dayo gave away penalties in quick succession.

Aboubakar, who was part of Cameroon’s winning team at the 2017 Cup of Nations in neighbouring Gabon, tucked away both kicks with aplomb.

There were no goals in the second half, as the hosts got off to a winning start in front of their delighted supporters.

Elsewhere, the Blue Sharks of Cape Verde needed a first-half stoppage-time goal to beat Ethiopia 1-0 in their TotalEnergies Africa Cup of Nations, Cameroon 2021 opener at the Olembe Stadium in Yaoundé.

A pinpoint Julio Tavares close-range header secured the victory against the Walias who were reduced to 10 men following Yared Bayeh’s early dismissal.