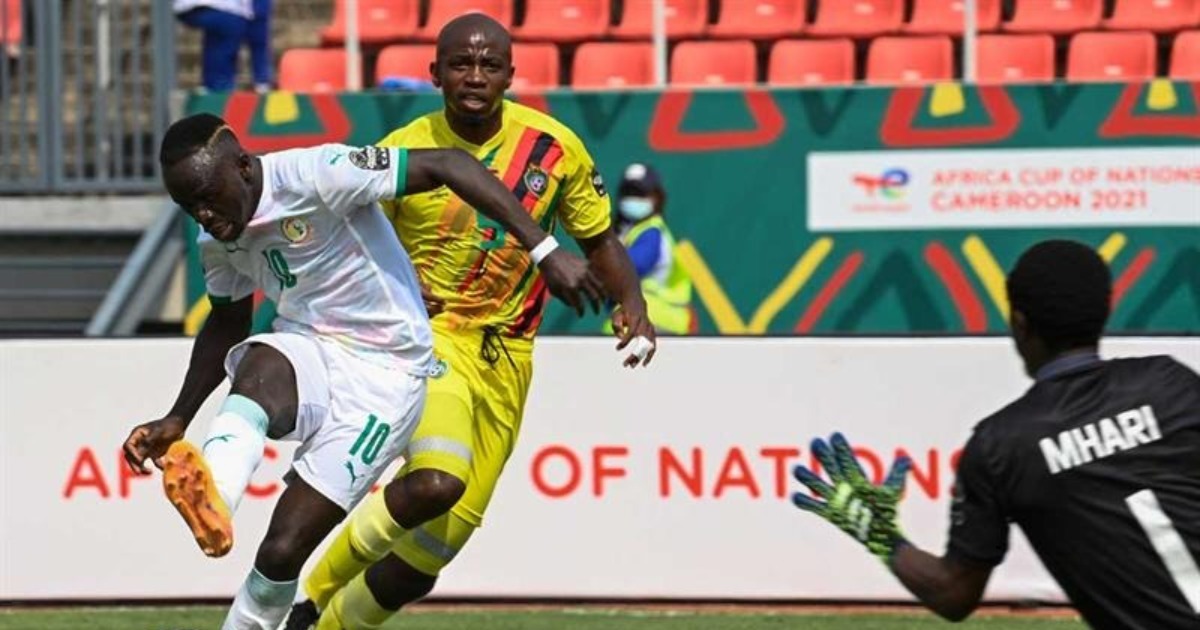 Liverpool star Sadio Mane converted a penalty deep in added time to snatch a fortunate 1-0 win for Senegal over Zimbabwe in the Africa Cup of Nations Group B opener on Monday in Bafoussam.

Disaster struck the gallant underdogs when a shot hit the right arm of Kelvin Madzongwe and Mane sent goalkeeper Petros Mhari the wrong way with the resulting penalty on 97 minutes to settle a lacklustre affair.

While Senegal, one of the favourites to win a competition delayed twice by Covid-19, dominated possession, they rarely threatened to break down a well-organised Zimbabwe defence.

Group B continues later on Monday when Guinea will be slight favourites to overcome Malawi and join Senegal at the top of the table.

Senegal lacked Chelsea goalkeeper Edouard Mendy and Napoli centre-back Kalidou Koulibaly, who are recovering in Cameroon after testing positive for the coronavirus.

Zimbabwe travelled to central Africa without a couple of their top players, Marvelous Nakamba from Aston Villa and fellow midfielder Marshall Munetsi from French Ligue 1 outfit Reims, due to injuries.

With reigning African Footballer of the Year Mane and Paris Saint-Germain midfielder Idrissa Gueye in the starting line-up, Senegal were expected to secure maximum points without undue difficulty.

The opening 20 minutes were controlled by the Teranga Lions, who camped in the Zimbabwe half and passed the ball casually while their opponents did a lot of chasing at a sparsely populated Stade de Kouekong.

Senegal issued a declaration of their intentions within 45 seconds of the kick-off in 30 degrees celsius (86 fahrenheit) heat when Bouna Sarr fired narrowly wide from just outside the box.

Sarr from German and European giants Bayern Munich went even closer midway through the opening half with a shot across the goal that was just off target.

After a quiet start, Mane burst between two defenders on 24 minutes only to see his low shot, aimed at the far corner of the net, blocked by goalkeeper Petros Mhari.

As the half progressed Zimbabwe began to move into Senegalese territory and should have done better from a free-kick inside the D with 30 minutes gone.

Captain Knowledge Musona took the set-piece and should have at least found the target instead of watching his tame attempt go harmlessly wide.

As half-time approached in the western highlands of Cameroon, Mane turned provider, setting up unmarked Gueye, who was let down by his first touch as he was poised to shoot at goal.

A goalless opening half ended with Senegal back on the attack and Fode Ballo Toure firing into the side netting.

The second half followed a similar pattern to the first as Senegal dominated possession without seriously threatening to take the lead.

Mhari rescued Zimbabwe 16 minutes from time when he dived to cut off a cross destined for Mane at the far post.

Senegal survived a scare as full-time loomed with a Zimbabwe free-kick creating a half-chance before the ball was grasped by goalkeeper Seny Dieng.