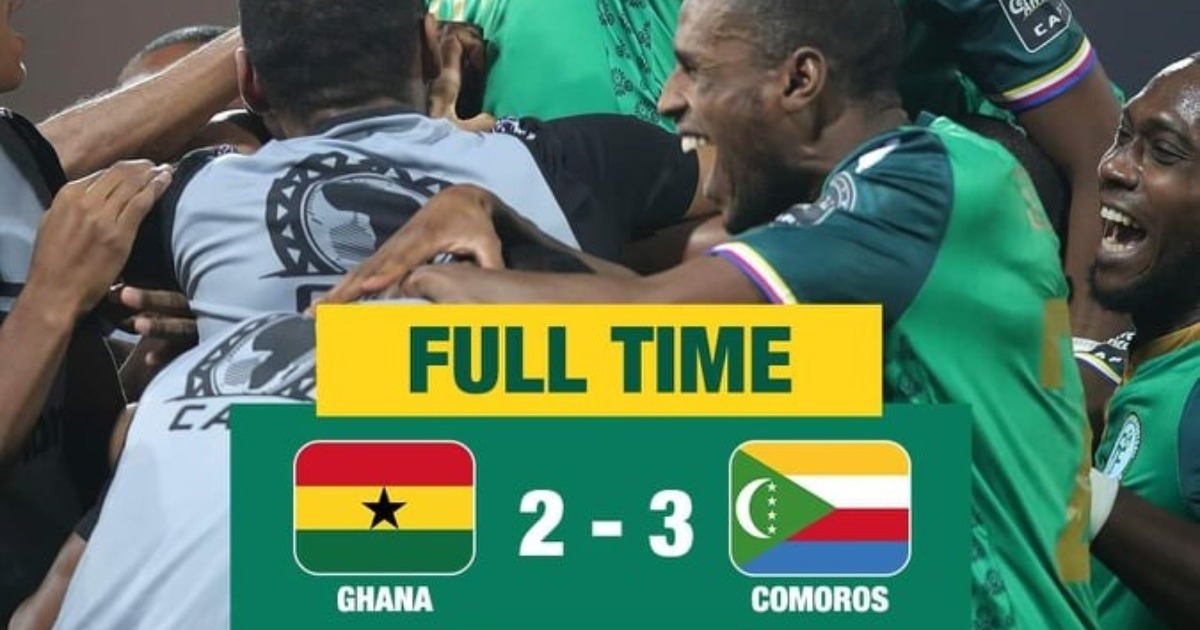 Ghana have been knocked out of the 2021 Africa Cup of Nations after losing 3-2 to Comoros on Tuesday night.

The Black Stars needed to win the game to stand any chance of progression from Group C, but despite a late rally, fell to their second defeat of the tournament at the Roumde Adjia Stadium.

The match got off to a thrilling start as El Fardou Ben Mohamed made history for Comoros after just four minutes, scoring his nations first ever AFCON goal.

Problems then worsened for Ghana when captain Andre Ayew was shown a straight red card after 25 minutes. Ayew dived in after a loose ball on Comoros keeper Salim Ben Boina, and following a VAR review, was sent off.

After the interval, Ahmed Mogni’s sensational solo effort doubled the lead for Comoros who looked to be in the driving seat with half an hour to play.

Despite playing with 10 men, Partey’s side went on to produce some of their best football of the tournament, scoring twice in eight minutes to level the game.

First, Richmond Boakye headed home from a corner to give Ghana hope. Then, Partey flicked on towards Alexander Djiku inside the box who bundled home with 13 minutes to play.

Any hopes of a dramatic victory for Ghana were quickly snubbed though as Mongi scored his second of the game in the 85th minute, turning the ball home from close range to secure a famous win for Comoros.