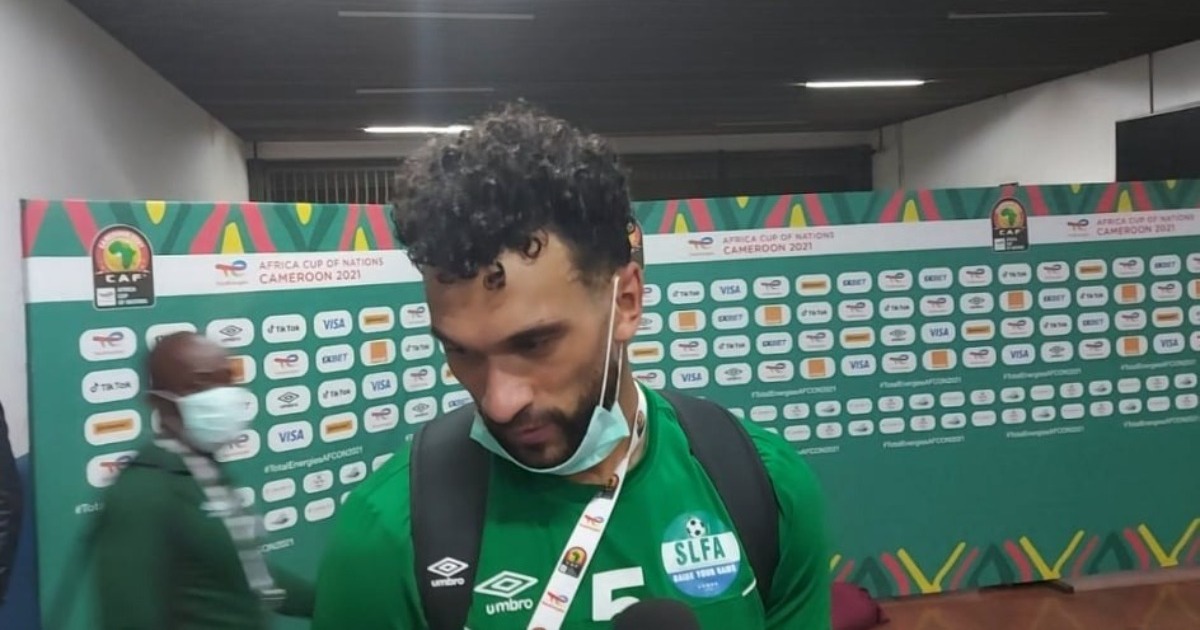 The former England International, Steven Caulker, has been impressive after three caps to his name as one of the new icons for Sierra Leone.

The one-time England defender has enjoyed a remarkable start to life with the Leone Stars at the Africa Cup of Nations. He is one of the standout performers for the West African Nation and has been admired by many despite the disappointing 1-0 defeat to Equatorial Guinea on Thursday at the Limbe Stadium.

Sierra Leone only needs a point, but veteran striker Kei Kamara with a glorious chance saw an 84th-minute penalty saved by Jesus Owono.

Midfielder Pablo Ganet helped Equatorial Guinea to reach the last 16 after he curled in from the edge of the area to net the only goal seven minutes before the break.

Speaking after the defeat, Caulker remained positive about the squad and talked about the potential in the Sierra Leone team ahead of the next Qualifiers. The former Liverpool defender noted that it’s time to regroup for upcoming competitions.

“If you look at the quality within our squad, some quite did not make the pitch, some were on stand after our three games, but there are so many talents in our squad. We will come again for sure we will regroup and come again,” Caulker told Journalists in the CAF mix zone tribune.

Caulker was pleased with the team’s attitude against Algeria and the Ivory Coast. When asked about the new draw for Afcon 2023, he said, “For us did not matter who we draw. We have shown that we can compete against the biggest nations. Right now, we have to regroup and come together as a team.” We are all disappointed, but we have to come back stronger.”

See what a fan and teammates said about Steven Caulker.

“Steven Caulker, looking like he is playing with his heart in the Green, White and Blue, Ishmael Bangura told FSL in Limbe.

“Steve is a big plus for us,” added experienced ex-Bolton Wanderers midfielder Mohamed “Medo” Kamara. “He’s adapted so well to being with the other lads, and he’s one of the senior players now.

“Caulks is an amazing guy,” 24-year-old Queens Park Rangers full-back Osman Kakay told ESPN. “I’ve played with him at QPR before, and playing with him now is a great experience. “I’m so happy he’s part of our national team.”